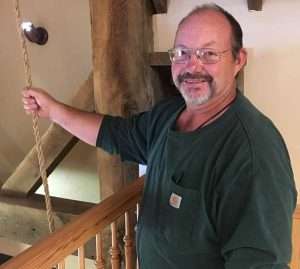 The bell rang out at 2:57 p.m. by Weekly Register-Call reporter Randy Beaudette and the regular meeting of the Black Hawk City Council was called to order on Wednesday, October 12, 2016, by Mayor Spellman.

After the Pledge of Allegiance led by Mayor Spellman, City Attorney Huffman asked Council to declare any Conflicts of Interest on any issue appearing on the agenda this afternoon other that than those already disclosed and filed with the City Clerk and Secretary of State. Acting City Attorney Graham asked the audience if there were any objections to any member of Council voting on any issue on the agenda this afternoon. The audience had no objections.

Mayor Spellman closed the Public Hearings portion of the City Council Meeting and opened up the regular Council meeting.

A resolution awarding the contract to Arapahoe Roofing (Resolution # 75-2016)

The City Hall roof was installed in 1996 and the Hidden Valley roofs were installed in 1995. All three roofs are starting to fail and need to be replaced. The project was designed by Wiss, Janney, Elstner Associates and advertised for bid in the Weekly Register-Call on September 15th and September 22nd as well as on the City’s website and through the Rocky Mountain E-Purchasing System. Bids were received from five roofing contractors as listed below:

After review of the Bid Proposals, it was determined that Arapahoe Roofing was the Lowest Responsible Bidder for the Roof Replacement Project.

END_OF_DOCUMENT_TOKEN_TO_BE_REPLACED

Benefitting the county, schools, and much more By Don Ireland   This year marks the 30th anniversary of casinos opening in the former little mining towns of Black Hawk, Central City and Cripple Creek, Colorado. In those early years, smoking was allowed inside ... END_OF_DOCUMENT_TOKEN_TO_BE_REPLACED