Marijuana retail stores limited to one

City Attorney Hoffmann asked Council to declare any conflicts of interest on any issue appearing on the agenda other that than those already disclosed and filed with the City Clerk and Secretary of State. There were no objections from the City Council or from the onlookers in the chambers.

Because of the blizzard and difficulty making it to the meeting, Communication Officers Justin Storms and Ellie Younger were not introduced to the Black Hawk City Council as planned, but their interviews are included below.

Justin Storms was born in Houston, Texas, and moved to Colorado with his family when he was younger, and has lived here ever since. He has three older sisters, one in Commerce City, and the other two in the Dallas area. After graduating from Nederland High School, Mr. Storms earned a Bachelor of Arts Degree in Communications from Colorado Christian University in Lakewood, and then worked the last three years at the Monarch Casino in several capacities, including PBX Operator, Security Dispatcher, Guest Assistance Officer, and Surveillance Operator. Justin said, “I am grateful to be a part of the City of Black Hawk, and will continue to strive to hone my dispatching skills in my role as a BHPD Communications Officer.”

Ellie Younger grew up in Clear Creek County. She graduated high school from Dakota Ridge, and went to Red Rocks Community College for EMT school. She worked for CDOT as a dispatcher before coming to Black Hawk to be a dispatcher. Her mom works for the Clear Creek County Sheriff’s Office in the Investigations unit. Her father owns Allied Towing in Idaho Springs, and she grew up working on cars and fixing things. In high school Ellie played football, soccer, and was on the POMS team. On her weekends Ellie snowmobiles in the winter, and in the summer she wakeboards.

Council Bill (CB) 8 is an Ordinance Repealing and Reenacting Section 6-563 of the Black Hawk Municipal Code Regarding the Location and Number of Retail Marijuana Stores. The repeal and reenactment of Section 6-563 of the Black Hawk Municipal Code limits the total number of retail marijuana licensed stores to one (1) in addition to the location limitations set forth in the regulation. There were no arguments for or against the proposed Council Bill and Black Hawk City Aldermen approved CB 8 unanimously.

A Resolution awarding the bid to Sun Valley Electric for the Hidden Valley Standby Generator Project in an amount not to exceed $557,700 was presented to the Aldermen. The Hidden Valley Water Treatment Plant (HVWTP) was constructed in 1999. Potable water from HVWTP is pumped over the mountain using two booster pump stations along the pipeline. Currently, there is a small generator on the WTP site that powers only a fire pump to provide fire protection for the site. The existing generator does not have the power to operate the WTP during a power outage, and the two pump stations do not have generators to provide power during an outage. This project will furnish three generators, one for the HVWTP and one each at the pump stations. During a power outage, the generators will allow the HVWTP to continue to operate and provide uninterrupted water supply to the City. Black Hawk City Council approved Resolution 16-2019 unanimously.

Black Hawk also approved Resolution 18-2019 which is a Resolution approving the Employment Agreement between the City of Black Hawk and Stephen N. Cole. For some time Stephan Cole has been employed as the acting City Manager filling in for the recently departed City manager Jack Lewis. This Resolution will establish Mr. Cole as the new permanent City Manager. 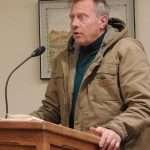