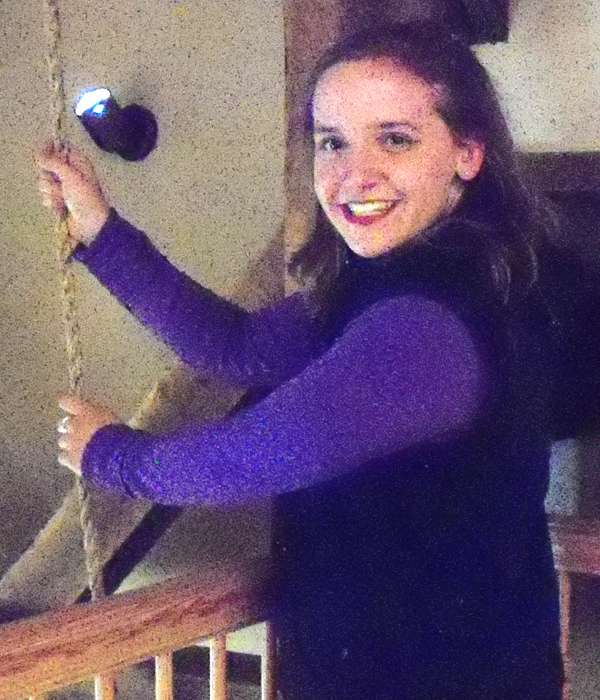 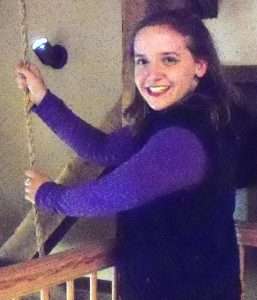 The bell was rung by new Fleet Technician Aide Wynter Kasch and regular meeting of the Black Hawk City Council was called to order on Wednesday, May 11, 2016 at 3 p.m. by Mayor Spellman.

Mayor Spellman introduced new Fleet Technician Aide Wynter Kasch, She began working for the City on April 4th. Before starting with the City, Kasch worked in customer service for many years at the casinos. She is very excited and happy to have this opportunity; her co-workers have been fun to get to know. Wynter was born in Sun Valley, Idaho, moved to Colorado in 2000 and graduated from Nederland High School in 2011. In her free time she likes to climb 14er’s with her mom and read any book she can get her hands on.

The City Council hereby finds that sexual predators and the specified sex offenders who use physical violence or who prey on children present an extreme threat to the public safety. Sexual predators and the specified sex offenders have a high rate of recidivism, making the cost of sex offender victimization to society at large extremely high. Removing such offenders from regular proximity to places where children are located and limiting the frequency of contact is likely to reduce the risk of an offense. This Chapter is intended to serve the City’s compelling interest to promote, protect and improve the public health, safety and welfare by creating areas, around locations where children regularly congregate in concentrated numbers, where sexual predators and specified sexual offenders are prohibited from establishing temporary or permanent residence.

It shall be unlawful for a person to establish a permanent residence or temporary residence within one thousand feet (1,000′) of any park, City-owned open space, or any designated public or private school bus stop when a person meets either of the following criteria:

(2) The person is required to register under the Colorado Sex Offender Registration Act, C.R.S. Section 16-22-101, et. seq., because of being convicted of a felony for an offense requiring registration;

The City of Black Hawk has received an application (4/15/2016) for a Certificate of Appropriateness (CofA) on behalf of CCSC / Black Hawk Inc., from Kuhlman Design Group, Inc. The request outlines five proposed renovations to the east entrance of the Lady Luck Casino located at 340 Main Street in Black Hawk. All proposed renovations outlined in the applicant’s submittal are for the eastern portion of the casino building and adjacent parking lot; no interior renovations are proposed.

The proposed alterations include:

A RESOLUTION APPROVING THE PURCHASE AND INSTALLATION OF A NEW VEHICLE EXHAUST SYSTEM FOR THE BLACK HAWK FIRE STATION FROM AIRPRO INC. FOR THE AMOUNT OF $78,650.00. (Resolution 38-2016)

To remove potentially harmful exhaust particulate from diesel engines the Fire Station is equipped with a vehicle exhaust system. The current system is 19 years old and has had multiple system maintenance issues over the last 5 years. The availability of repair parts for this system is extremely limited to include having to order outside the US when a recent part failed. The currently installed system does not have a local repair representative and repeated attempts to contact them for repairs and a quote have been unsuccessful. The other company that does fire apparatus vehicle exhaust systems and meets the necessity for automatic, drive-away attachment is PlymoVent (Airpro, Inc.). The RFP was advertised for two (2) weeks to meet procurement requirements with no response. Resolution 37-2016 passed unanimously.

A RESOLUTION APPROVING THE AGREEMENT OF LEASE BETWEEN THE CITY OF BLACK HAWK AS LESSOR AND THE GILPIN COUNTY EDUCATION FOUNDATION AS LESSEE FOR PROPERTY LOCATED AT 137 CLEAR CREEK STREET, UNIT A, BLACK HAWK, COLORADO (Resolution 39-2016)

The initial term of this Lease shall commence on May 12, 2016, and shall expire on December 31, 2021. Any improvements that the Gilpin County Education Foundation performs in the property automatically become part of the facility. Resolution 39-2016 passed unanimously.

There were no reports from the City Manager.

City Attorney Hoffmann presented a call to Executive Session on Council legal advice which was passed.