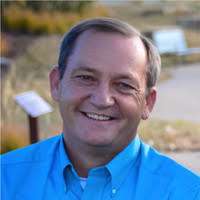 PRESS RELEASE – Following 27 years of service to the City of Black Hawk, Police Chief Kenneth Lloyd announced his intent to retire from the Black Hawk Police Department at the end of April. Lloyd began his law enforcement career with the Grand County Sheriff’s Office before joining the Black Hawk Police Department in July of 1992. He spent 26 years serving as a patrol officer, sergeant, lieutenant, and commander before being named Police Chief.

City and its residents,” said Lloyd.

“The City of Black Hawk thanks Chief Lloyd for his service,” said Mayor David Spellman. “We wish him and his family the best in his new chapter.”

The City of Black Hawk will begin an extensive search for the next Police Chief immediately.

END_OF_DOCUMENT_TOKEN_TO_BE_REPLACED

Where the dead get to tell their story By Jaclyn Schrock On Saturday, August 21, the Gilpin Historical Society held their annual Cemetery Crawl. Tickets allowed the shuttle of hundreds of guests from the Teller House parking lot to the Cemetery. Depending on v... END_OF_DOCUMENT_TOKEN_TO_BE_REPLACED

Benefitting the county, schools, and much more By Don Ireland   This year marks the 30th anniversary of casinos opening in the former little mining towns of Black Hawk, Central City and Cripple Creek, Colorado. In those early years, smoking was allowed inside ... END_OF_DOCUMENT_TOKEN_TO_BE_REPLACED