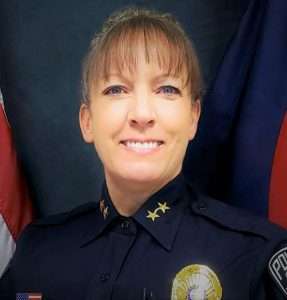 Community comes together in support

There is a human connection and shared pain when tragedy strikes a community. Last week, a shooting in Olde Town, Arvada not only stunned the community but it also impacted Black Hawk as well. Black Hawk Police Chief Michelle Moriarty was hosting a meeting with two Arvada police officers last Monday. They were discussing body cameras for officers when an active shooter call came in from Arvada. “I text messaged the (Arvada) chief,” said Moriarty. “I asked what we could do. All he said was “come down here.”

“At that moment,” continued the Black Hawk Chief, “I knew it was bad but I didn’t know how bad. I went down there quickly and it was still an active scene. They were very grateful that I came down because they were very inundated. I ended up taking over one of the command areas to assist.”

In addition to officers from Arvada responding, assistance also came from Lakewood, Golden Jefferson County, Wheat Ridge, and other communities. “The FBI and Department of Justice also arrived, ATF as well,” according to Moriarty. “They had to call in public information officers from all over to assist because of all the media was so inundating.”

Chief Moriarty, who had previous critical-situation training, commented, “I went into work mode, got through it and didn’t really have an emotional release from it for a few days, when I started talking about it – that really helped.”

Arvada Police Officer Gordon Beesley was fatally shot by a gunman while answering a call to the Arvada Olde Town area. “He truly was ambushed,” reported Chief Moriarty, who worked for 19 years with Beesley. “The shooter probably would have killed more people, if he could.”

The Black Hawk chief talked about her involvement with the situation during the Black Hawk Council meeting last week and gave her account of the tragic situation in which three people were killed, including the shooter. She ended by stating, “Officer Beesley was a good man and will be missed.”

Mayor David Spellman asked the chief to express Black Hawk’s condolences to your fellow officers down there and to the city, as well. “I have already talked to their chief and will express your feelings to them, too,” said Chief Moriarty. “Having you supporting me and allowing me to go down there to help is greatly appreciated for what I needed for myself. They really needed the help. I know that if we ever had an incident up here, they would rush to come up and assist us.”

Spellman noted the chief spent 25 years as an Arvada police officer. “That’s her family there, as well,” he said. “When you were sworn in as chief here, there was a good showing from the Arvada Police Department.

END_OF_DOCUMENT_TOKEN_TO_BE_REPLACED

Benefitting the county, schools, and much more By Don Ireland   This year marks the 30th anniversary of casinos opening in the former little mining towns of Black Hawk, Central City and Cripple Creek, Colorado. In those early years, smoking was allowed inside ... END_OF_DOCUMENT_TOKEN_TO_BE_REPLACED