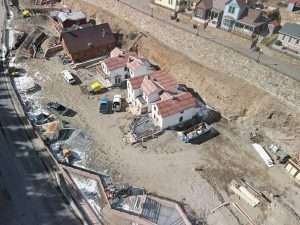 Black Hawk City Council approved the meeting minutes from the Regular Meeting on January 27, 2021 with no corrections or amendments.

An Ordinance approving the Inter-Governmental Agreement with Douglas County, Colorado for access to the County’s Emergency Vehicle Operations Course. In the past, the Police Department has been able to use Miners Mesa parking lot for POST required driving training. However, the Police Department needs to locate a new area (facility) for training with the new construction area. Black Hawk Police Department would like to sign an IGA with Douglas County CODE 303 to use their driving track. The CODE 303 facility would allow the department to conduct full training days and accommodate all the POST required hours. Black Hawk City Council unanimously approved CB 5/ Ordinance 2021-05.

The City of Black Hawk has received an application from Dalton Horan of Ventana Capital, Inc and Jason Krall of Rick Engineering on behalf of the property owner Club Vista Properties II, LLC, requesting review and approval of a Preliminary Plat and a Final Plat for the Black Hawk Park subdivision. The applicants request the subdivision of Lot 1, Block 1, Miners Mesa Subdivision Filing No. 4 into ten (10) commercial lots and one (1) tract for the purpose of developing the property with an Airstream RV Campground, a distillery, and other commercial uses. A Resolution was presented approving the Black Hawk Park Final Plat with the following conditions:

Black Hawk Council approved a motion to recess into Executive Session per CRS 24-6-402 (4) (b) to confer with an attorney for the local public body for the purposes of receiving legal advice on specific legal questions, and CRS 24-6-402 (4) (e) to determine positions relative to matters that may be subject to negotiations; developing strategy for negotiations; and instructing negotiators.

The next Black Hawk City Council regular virtual meeting will be held February 24, 2021 at 3:00 pm. For more information go to www.cityofblackhawk.org.

END_OF_DOCUMENT_TOKEN_TO_BE_REPLACED

Where the dead get to tell their story By Jaclyn Schrock On Saturday, August 21, the Gilpin Historical Society held their annual Cemetery Crawl. Tickets allowed the shuttle of hundreds of guests from the Teller House parking lot to the Cemetery. Depending on v... END_OF_DOCUMENT_TOKEN_TO_BE_REPLACED

Benefitting the county, schools, and much more By Don Ireland   This year marks the 30th anniversary of casinos opening in the former little mining towns of Black Hawk, Central City and Cripple Creek, Colorado. In those early years, smoking was allowed inside ... END_OF_DOCUMENT_TOKEN_TO_BE_REPLACED