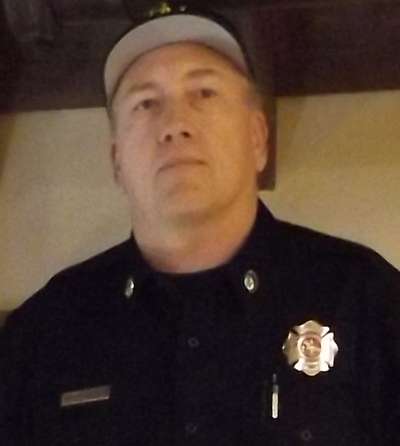 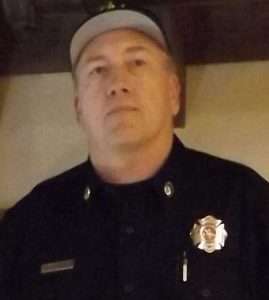 The bell was loudly rung by new employee Brad Krichau and regular meeting of the Black Hawk City Council was called to order on Wednesday, May 11, 2016 at 3:00 p.m. by Mayor Spellman.

Mayor Spellman introduced new Fire Inspector Brad Krichau. Brad comes to the City from the private sector doing fire systems and plans review consulting. He was a firefighter at Rocky Flats and has served with the Aurora, Boulder, and Golden Fire Departments as a Fire Inspector and Fire Investigator. He currently resides in Arvada with his wife and family. Brad comes to us meeting the highest State certifications in Inspections and Plans Review. His vast knowledge and experience will be a true asset to the City.

AN ORDINANCE APPROVING A COOPERATIVE AGREEMENT BETWEEN THE CITY OF BLACK HAWK AND HUMAN SERVICES OF GILPIN COUNTY, COLORADO (Council Bill 9)

The existing Black Hawk Zoning Map does not reference all past rezoning ordinances in its ordinance table, and the zone district coloring and/or PUD ordinance numbers do not reflect the all zone districts and/or most recent PUD ordinance number of certain properties. In addition the City has annexed and disconnected land that is not shown on the existing zoning map. To accurately update the map, all past zoning and land use related ordinances were reviewed, and referenced against the existing zoning map. Where omissions or discrepancies were found, the map table and graphics were updated to create an updated version of the map. Attached to the report submitted to the Council was a copy of the existing and updated zoning maps. Staff has determined that the submittal is in compliance and recommends that the zoning map be adopted. As pointed out by Alderman Torres, errors still existed on the proposed map.

City Attorney Hoffmann read aloud the instructions for rezoning and pointed out that the zoning map must be updated with each and every rezone change.

Black Hawk City Council approved CB10 with the agreement that the approved map be corrected and that zoning map be will be updated each and every time re-zoning occurs.

The City of Golden is required to deliver 125 acre feet of water to the City of Black Hawk each year. This water is typically provided from the Vidler Tunnel. The Vidler water is trans-basin water which makes this water valuable because the water can be used to extinction with no return flow requirements. In most years, the City of Black Hawk takes delivery of the Vidler water into Green Lake or Georgetown Lake, but because of the wet spring, room in these reservoirs is not available. The City of Golden has space available in its Guanella Reservoir and will store the water until we can exchange it to Green Lake or Georgetown Lake. The cost of the storage is 50% of the water put into Guanella Reservoir. For example, if we store 125 acre feet in Guanella Reservoir, we keep 62.5 acre feet and Golden gets 62.5 acre feet. There is no monetary cost to the City. The alternative is to let the water go down stream and make no use of it.

The City is working towards the development of a surface parking lot at the old health clinic site in Central City near Mountain City. Part of the Special Review Use permit is the installation and maintenance of landscaping around the parking lot to screen the lot. The City of Central has requested that we execute this Landscaping Maintenance Agreement. The landscaping will consist primarily of 13 shrubs including chokecherry, serviceberry, and honeysuckle. In addition we will install some planters at select locations throughout the lot and will maintain them with our annual flower program.

A RESOLUTION AWARDING THE BID AND APPROVING THE CONTRACT BETWEEN THE CITY OF BLACK HAWK AND A-1 CHIPSEAL FOR THE CHIP/ SLURRY SEAL PROJECT ON MINERS MESA, BOBTAIL, CLEAR CREEK, MARCHANT AND HORN STREETS IN AN AMOUNT NOT TO EXCEED $132,645 (Resolution # 40-2016)

A RESOLUTION AWARDING THE PROPOSAL AND APPROVING THE CONTRACT BETWEEN THE CITY OF BLACK HAWK AND GRAPES AND SONS EXCAVATING FOR THE PROCESSING OF EXISTING MATERIAL AND THE IMPORT OF ADDITIONAL MATERIAL AT THE HIDDEN TREASURE TRAILHEAD SITE IN AN AMOUNT NOT TO EXCEED $72,000 (Resolution 41-2016)

The preliminary design is nearing completion on the new trailhead and parking area at Hidden Treasure. With the fact that we own more property along the highway, there is an opportunity to maximize the parking area and potentially shorten the bridge crossing the highway. There is a surplus of material available generated by the excavation on Gregory Street for the new parking structure and the filling of the hole that existed on the site. This work will crush the rock and process the material that is on site currently and import 3,500 yards of material from the stockpile area, crush it and process it for final grading options once final design is completed. Staff solicited proposals from two local excavators and the proposals were as follows: 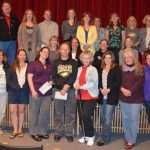 Volunteers have a heart for service
Leave a comment