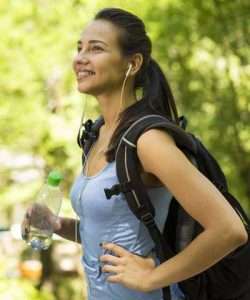 Black Hawk has received a $46,600 state grant to help reimburse costs for the city’s police department during the Covid-19 pandemic. The city’s Board of Aldermen voted unanimously to accept the grant during last week’s council meeting. The grant was received from the Colorado Division of Criminal Justice, Coronavirus Emergency Supplemental Funding Program (CESF). It will reimburse Black Hawk for overtime staffing expenses during the pandemic.

Black Hawk Police Chief Michelle Moriarty told the city aldermen news about the grant was important. “Earlier in the year, we had staff shortages (due to the pandemic) and had to pay a lot of overtime. This will help reimburse those costs in the budget.”

Council approved spending up to $275,000 for Black Hawk to acquire more than 30 acres on both sides of Gregory Street. The parcels, located along Gregory Hill and near Chase Street, will be used to create hiking and mountain-biking trails. Black Hawk’s ongoing renaissance plan includes the development of more than 700 acres for outdoor enthusiasts, including trail heads with parking spaces.

The parcels were purchased from 101 Horn Inc. and the Kathryn L. Lorenz Revocable Trust for a total of $250,000. The city approval also included spending up to $25,000 for closing costs related to the purchase.

Lance Hillis, Black Hawk’s finance director, noted the city’s income fell sharply last year because casinos were closed due to the state’s directives during the pandemic. “It was a rough year,” Hillis said.

Wray, historical society president, promised Mayor David Spellman and the alderman to present reports several times a year to the council. “As long as I’m still president, I will continue to let you know about what we’re doing,” she said.

The historical society’s 32nd annual cemetery crawl is planned for Aug. 21. During the final two weekends of October, the “Creepy Crawl” will occur. Wray said more than 900 people attended the Creepy Crawl last year and it has been growing in popularity.

One of the scheduled anniversary events was a beer tasting with a discussion from Dave Thomas, who worked at the Coors facility in Golden and wrote a book about the history of brewing in Gilpin County. The event was slated for one of the historical society’s buildings, the Stroehle House, at 231 Chase St. in Black Hawk, but has been postponed to a later date. Victorian tea events also have occurred at the landmark Stroehle home. Wray said the historical society wants to hold at least three events in the house annually.

In response to an audience question, City Attorney Corey Hoffman said Black Hawk allows casinos to use temporary banners to promote various events. Mayor Spellman noted the city wants organizations to use attractive, professional banners, as opposed to those lacking quality or are hanging from bungee cords. Information on banners is available on the city’s website.

City Manager Stephen Cole said Black Hawk will advertise to hire an administrate assistant to replace a position vacated this month. The job description will be modified to include skills desired by the city, including graphic design and marketing.

The mayor and city leaders said they are reviewing complaints about trailer parking in Black Hawk. The city permits trailer parking up to 72 hours, but some people are “abusing the system,” by continually renewing their permits, officials said, noting the rules were adopted for temporary parking.

Local resident Thomas Feeney offered a note of praise to Black Hawk leaders. “Congratulations on how beautiful the city looks,” he said.