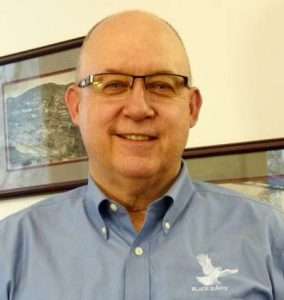 Brings education, leadership, and experience to the City

PRESS RELEASE – The City of Black Hawk has confirmed Stephen Cole as city manager. Cole served as acting city manager for the past four months. He has more than 40 years of public service and most recently served as Black Hawk’s police chief for 13 years. Cole is a graduate of the FBI National Academy Leadership Program, and holds a BA in Business Administration and a Master’s Degree in Criminal Justice from Wichita State University. He most recently served as the Vice Chair of the North Central All-Hazards Emergency Management Region, and served on the Gilpin County E911 Board. During his tenure as police chief, he played a key role in developing a multi-agency shared radio system for first responders in Black Hawk, Gilpin County, and Clear Creek County.  Law enforcement transparency, public safety, and accountability increased under his leadership when body cameras were issued and worn as standard equipment for all sworn police officers within the police department.

“We are very pleased to bring Stephen Cole on board as Black Hawk’s seventh city manager since the inception of gaming,” said Black Hawk Mayor David D. Spellman. “His education, leadership, experience and shared vision for the future make him ideal to continue the mission of providing cost-effective programs and services of the highest quality to the community.”

Cole has been married for 42 years and has two children and five grandchildren.

END_OF_DOCUMENT_TOKEN_TO_BE_REPLACED

Where the dead get to tell their story By Jaclyn Schrock On Saturday, August 21, the Gilpin Historical Society held their annual Cemetery Crawl. Tickets allowed the shuttle of hundreds of guests from the Teller House parking lot to the Cemetery. Depending on v... END_OF_DOCUMENT_TOKEN_TO_BE_REPLACED

Benefitting the county, schools, and much more By Don Ireland   This year marks the 30th anniversary of casinos opening in the former little mining towns of Black Hawk, Central City and Cripple Creek, Colorado. In those early years, smoking was allowed inside ... END_OF_DOCUMENT_TOKEN_TO_BE_REPLACED