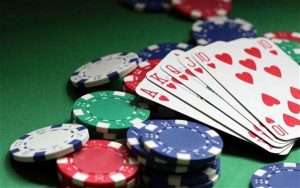 City Attorney Hoffmann asked Council to declare any Conflicts of Interest on any issue appearing on the agenda other than those already disclosed and filed with the City Clerk and Secretary of State. There were no objections from the City Council or from anyone online.

Black Hawk City Council moved to recess into Executive Session to confer with an attorney for the local public body for the purposes of receiving legal advice on specific legal questions. After a brief Executive Session, Council resumed their regular session.

Black Hawk City Council approved the meeting minutes from the August 12, 2020 Regular Meeting with no corrections or amendments.

Resolution 46-2020, A Resolution Denying a Variance to Allow a Height Variance which would Allow a Structure 103 Feet in Height. Mayor Spellman requested a continuance of this matter to be heard on September 23, 2020

CB19, An Ordinance Approving the Rezoning of Fifteen (15) Properties Owned by the City of Black Hawk. Mayor Spellman asked to continue this Public Hearing for Ordinance 2020-19 to September 23, 2020.

Ballot Question No. 2: SHALL THE CITY OF BLACK HAWK’S TAXES BE INCREASED BY ONE MILLION DOLLARS ($1,000,000) IN THE FIRST FULL FISCAL YEAR AND BY WHATEVER ADDITIONAL AMOUNTS ARE RAISED ANNUALLY THEREAFTER BY IMPOSING AN EXCISE TAX AT THE RATE OF ONE QUARTER OF A PERCENT (.25%) ON THE HANDLE OR WAGER ON SPORTS BETTING ACTIVITIES, DEFINED AS THE TOTAL AMOUNT OF MONEY WAGERED ON A SPORTS EVENT WHICH HANDLE OR WAGER IS PLACED WITH A PERSON LICENSED TO CONDUCT SPORTS BETTING AT A DESIGNATED PHYSICAL LOCATION WITHIN THE CITY OR AN INTERNET SPORTS BETTING OPERATOR UNDER CONTRACT WITH A CASINO LOCATED WITHIN THE CITY TO CONDUCT SPORTS BETTING, WITH THE RATE OF THE EXCISE TAX BEING ALLOWED TO BE DECREASED OR INCREASED WITHOUT FURTHER VOTER APPROVAL SO LONG AS THE RATE OF THE EXCISE TAX DOES NOT EXCEED ONE QUARTER OF A PERCENT (.25%) AND SHALL ALL SUCH TAX REVENUES BE COLLECTED, RETAINED AND SPENT AS A VOTER APPROVED REVENUE CHANGE UNDER ARTICLE X, SECTION 20 OF THE COLORADO CONSTITUTION, NOTWITHSTANDING ANY REVENUE OR EXPENDITURE LIMITATIONS CONTAINED IN THE COLORADO CONSTITUTION OR OTHER LAW?

In an effort to join the simplification efforts of all the self-collecting home-rule municipalities in Colorado, the Black Hawk Municipal Code will be amended to define economic nexus for vendors without a physical presence per the 2018 Supreme Court ruling in South Dakota v. Wayfair. Furthermore, adoption of the uniform economic nexus definitions will allow for standardized reporting and remittance by vendors to the various home rule municipalities. Black Hawk City Council approved Ordinance 22-2020 unanimously

City Council also approved Council Bill 23 which is an Ordinance approving Amendment No. 1 to the Amended and Restated Intergovernmental Agreement by and Between the City of Central, the City of Black Hawk, Gilpin County, and the Black Hawk-Central City Sanitation District.

City Attorney Hoffmann explained that in the rush to get the amended and restated Growth Intergovernmental Agreement done due to the Central City lawsuit regarding Proximo, Central City now has some concerns about potential ambiguity related to Clear Creek County. He emphasized that the City of Black Hawk never intended to cover anything in Clear Creek County. Regardless, Central City was concerned it was an ambiguity, so Section 2 is further defined. He went on to say that during this, the City recognized that they also had an issue in the area surrounding the Lynn Ranch property located in the Central City growth area. He said that all conversations had discussed that area being limited to open space, so this fixes that as well and identifies a new exhibit that is limited in Central City to being open space around the Lynn Ranch.

END_OF_DOCUMENT_TOKEN_TO_BE_REPLACED

Benefitting the county, schools, and much more By Don Ireland   This year marks the 30th anniversary of casinos opening in the former little mining towns of Black Hawk, Central City and Cripple Creek, Colorado. In those early years, smoking was allowed inside ... END_OF_DOCUMENT_TOKEN_TO_BE_REPLACED