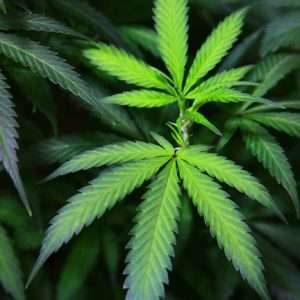 Police Chief Stephen Cole introduced council members to new Police Officer Heshaum Gari. Gari was born in Fort Collins and grew up in Saudi Arabia for 12 years. He graduated from Colorado State University with a bachelor’s degree in biology and Arapahoe Community College Law Enforcement Academy. While at CSU, he was a volunteer wild land firefighter.

Aldermen adopted an ordinance that approves an intergovernmental agreement (IGA) for temporary staffing and operation of a State Wildland Fire Engine between the City and the Colorado Department of Public Safety Division of Fire Prevention and Control. The IGA gives Black Hawk firefighters the opportunity to assist in staffing wildland fire engines. The opportunity provides firefighters with an excellent training and experience opportunity. A deployment plan had been presented to City Manager Lewis in order to ensure no drop in the level of service Black Hawk Fire Department provides to the City. Staff time and any necessary backfill are funded through the entity that requests assistance.

More Changes to the Preservation Guide to Programs Continued

Aldermen continued their discussion on Resolution 52-2014 from the July 13th meeting. Changes that had been made had to the Preservation Guide to Programs had to do with the paint program being moved out of the Historic Preservation Grant Program and into the General budget. Discussion centered on whether removing the paint program removed the need for an exterior maintenance component.

“Exterior maintenance” in the Grant Program typically dealt with painting, but would address items such as deteriorating siding or fence that would need to be replaced before it could be painted.

The other aspect that would be modified in the Resolution would be adding a Certificate of Appropriateness application and level of review to give both the City and applicants an understanding of when a certificate of appropriateness would be needed for exterior projects.

Aldermen Torres clarified that “when we talked about taking painting out (and putting it into the general budget), we talked exclusively about painting. Nothing else (not exterior maintenance.) The other work mentioned, I think needs to stay there. I think that should be done with grant restoration funds and not the general fund.”

The whole point of taking the painting program out was to give the City more flexibility in the use of its paint materials. The grant program can only cover historic properties built through 1964. Moving the paint program would allow non-historic buildings to receive funding.

Aldermen decided to continue the discussion to the August 13th meeting.

Aldermen approved the contract for the Police Annex and Parking Facility Design Project. The approval consents to a contract with Roth Sheppard Architects in the amount of $144,350 to complete the design and construction documents for the project. The Annex portion of the facility will house bathroom, shower and locker facilities, storage for SWAT and CSI, a break room, an armory, and a weapons cleaning area. The parking facility will be connected and have space for fourteen patrol cars, a secure impound bay as well as six bays for use by fire, public works, and transit. The parking facility will be constructed of a pre-engineered, insulated metal building with heat. Several sites up on the Mesa will be evaluated for suitability for the project and it is projected to be completed in an 18-month time frame.

Independent Certified Public Accountant John Cutler and Associates provided the City with its’ yearly state mandated financial audit. The auditor issued a clean and unqualified opinion of the City’s financial records. This means the City’s financial statements “present fairly” and achieve for the City the highest type of opinion an auditee can receive from an external auditor.

City Manager Lewis sought and received approval for the trade-in of two vehicles for purchase of a new truck for Public Works. The purchase of the truck was previously approved in the budget. The two trade-in vehicles included a 1997 Ford F-250 and 2000 Dodge. A new vehicle will be purchased at Brighton Ford for $56,032.

City Attorney Hoffman advised the Council that the Burton eminent domain case is set to go to trial for four days in Golden the following week.

The next regularly scheduled meeting for the Black Hawk City Council is Wednesday, August 13th at 3 p.m. in the council chambers located upstairs at 211 Church Street, Black Hawk.

END_OF_DOCUMENT_TOKEN_TO_BE_REPLACED

Benefitting the county, schools, and much more By Don Ireland   This year marks the 30th anniversary of casinos opening in the former little mining towns of Black Hawk, Central City and Cripple Creek, Colorado. In those early years, smoking was allowed inside ... END_OF_DOCUMENT_TOKEN_TO_BE_REPLACED