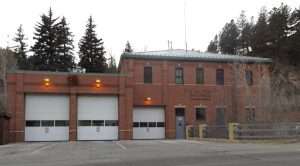 Fire Station to get restroom and kitchen remodeling

City Attorney Hoffmann asked Council to declare any Conflicts of Interest on any issue appearing on the agenda that afternoon other that than those already disclosed and filed with the City Clerk and Secretary of State. There were no objections from the City Council or from the onlookers in the chambers.

Mayor Spellman opened up the Public Hearing portion of the City Council meeting at 3:02 p.m.

Black Hawk Finance Director Lance Hillis presented Ordinance 2018-33, an Ordinance Levying the General Property Tax for the Year 2018 to help Defray the Costs of Government for the City of Black Hawk, Colorado for the 2019 Budget Year, and Repealing Ordinance No. 2018- 26. This ordinance sets the City’s property tax mill levy at .036 mills for 2018, to be collected in 2019. Black Hawk City Council approved CB33/ Ordinance 2018-33 unanimously.

Black Hawk City Council Aldermen passed a continuance motion of the City’s Comprehensive Plan to be heard at the March 27, 2019 regular meeting.

Black Hawk City Council passed a motion to accept Council Bill 35 which is an Ordinance Authorizing the execution of the Intergovernmental Agreement (IGA) between the City of Black Hawk and the Gilpin Ambulance Authority regarding fleet maintenance services. The Authority utilizes the City Fleet Maintenance Department for all of their routine service as it is convenient and cost-effective. An informal survey of in-town shops was conducted to verify that the shop’s hourly rate was competitive. The Fleet rate is set at $100/hour billed in full one hour increments. All parts are invoiced to the Authority at cost.

Council Bill 36 is an Ordinance Amending Section 8-24 of the Black Hawk Municipal Code regarding penalties for parking violations. The amendment is in support of the St. Charles Parking Garage and Carriage House fines by use of the new License Plate Reading (LPR) system, which tracks the amount of time a vehicle is parked in the structure. According to the Council Bill documents, parking for the first five hours is free, but after that parking will cost $20 per hour. Alderman Hal Midcap expressed his concerns that $20 per hour after five hours too steep for most folks. Mayor Spellman explained that not too many places grant five hours of free parking. Alderman Midcap suggested that after five hours a rate of $10 per hour the first hour, then $20 per hour after that. The explanation that was given is that the rate is high to discourage casino employees from parking in spaces dedicated to visitors of Black Hawk. After some debate, Black Hawk Aldermen approved Council Bill 36 unanimously.

Black Hawk City Attorney Hoffmann presented a Resolution approving the Fourth Amendment to the Subdivision/ Site Improvement Agreement between the City of Black Hawk and JIJE, LLC The City and JIJE, LLC previously entered into a Subdivision/ Site Improvement Agreement dated December 13, 2017 (Original Agreement) pertaining to certain real property located in the City of Black Hawk known as Canyon Black Hawk Subdivision, Filing No. 1, City of Black Hawk, County of Gilpin, State of Colorado. JIJE, LLC has amended the Original Agreement on three prior occasions. The First Amendment is dated January 24, 2018, the Second Amendment is dated February 14, 2018, and the Third Amendment is dated August 22, 2018. The City and JIJE, LLC have agreed to further amend the Original Agreement, as amended, to reflect the change in the deadline for the completion of the Clear Creek Channel Rehabilitation Work as described below: North Clear Creek Channel Rehabilitation Work, Section 9.2 of the Third Amendment shall be modified to change the deadline for the substantial completion of the Clear Creek Channel Rehabilitation Work (as defined in the Third Amendment) from September 30, 2018 to November 30, 2018. ). Black Hawk City Council approved Resolution 72-2018 unanimously.

Black Hawk City Council also approved the Services Agreements for Community Planning and Development services, each with an amount not to exceed $50,000, with the following entities and authorizes the Mayor to sign the Agreements on behalf of the City to: A Smart Elevator Solution LLC, Conveyance Atkinson-Noland & Associates, Inc. Baseline Engineering, NV5, Inc., Pinyon Environmental, Inc., Valuations, Weecycle Environmental Consulting, and Wood Identification and Consultation Services.

In addition, Black Hawk City Council approved Resolution 76-2018 authorizing the agreement with MV Transportation Inc. for providing the Management and Operation of the Transportation Services for the Black Hawk and Central City Tramway for 2019. The City of Black Hawk and The City of Central have agreed to continue the combined service of the Black Hawk & Central City Tramway for another year. The shuttle bus will continue to circulate through both cities on a specific route with specific stops. The route takes approximately 30 minutes to complete. A single bus will continue to operate Monday through Thursday and two buses will continue to operate Friday through Sunday and holidays. The City did receive a grant from CDOT to help defray the costs for operations for 2019 that Council approved at the November 14th council meeting.

Resolution 77-2018 adopts the 2018 group Transit Asset Management (TAM) plan as required by the Federal Transportation Agency (FTA). To participate in Transit related grant opportunities that the FTA provides and funnels through CDOT Division of Transit and Rail, entities must participate in a transit asset management plan. Larger entities provide their own, while smaller entities rely on CDOTDTR to coordinate the group TAM. This adopts the plan and allows Black Hawk to continue to utilize the 5311 operating grant which the City executed in November, and allows Black Hawk to apply for a grant for a new bus, which the City is  currently working on for 2019. Black Hawk City Council approved Resolution 77-2018 unanimously.

Black Hawk City Council approved Resolution 78-2018 approving Amendment No. 1 to the Design-Build contract for the Fire Station Restroom Renovation project. Amendment No. 1 would establish the Guaranteed Maximum Price (GMP) for construction of this project. City Council approved a Design-Build contract with Symmetry Builders, Inc. to complete design services for the Fire Station Restroom Renovation project on August 22, 2018, and this contract is dated August 23, 2018. While this Design-Build contract authorized Symmetry Builders to proceed with design and cost estimating, Council was made aware that an Amendment to accept the GMP for construction would be forthcoming. The GMP is hereby established at $449,384, which includes construction costs for the restroom renovations in the Fire Station, as well as construction of a kitchenette in the Fire Administration office suite. The GMP also includes design costs that were previously approved by Council. Construction plans are complete, and Symmetry Builders and their sub-contractors are ready to begin construction shortly after this GMP Amendment is approved.

Black Hawk City Aldermen also approved the purchase of an Electric Extrication Tools to improve fire department efficiency and increase safety of firefighters during vehicle extrication incidents, in the amount of $57,245. This Resolution will also authorize the replacement of an aging Hydraulic Power Unit in the amount of $7,368, totaling $64,613.

Melissa Greiner presented a Resolution approving the contract as quoted for the 2019 Workers’ Compensation Insurance with Pinnacol Assurance in the amount of $157,988. Pinnacol’s quote for Workers’ Compensation coverage for 2018 is 16.44% higher than the 2018 premium. Factors contributing to the increase in premium are: Estimated 8.5% increase in total payroll over 2018, Experience Modification (E-mod) rating increased from .74 (and revised to .84 mid-2018) to .86. E-mod is s a multiplier applied to the premium of a qualifying policy and provides an incentive for loss prevention. Credit adjustments are in also placed for the City’s e-mod rating (14% savings over average Colorado employer based on Black Hawk’s claims experience), designated provider program, and cost containment certification in which Pinnacol Assurance overall rate decrease for 2019, which is the fourth consecutive year for rate decreases. The 2018 General Dividend received was $17,265. Total dividends received since joining Pinnacol Assurance in 2010 is $124,749. Pinnacol Assurance has announced its intent to issue a general dividend of approximately $70 million to policyholders in 2019 marking its fourth straight year of general dividends. After clearing up some confusion, Black Hawk City Council approved Resolution 83-2018 unanimously.

Finally Black Hawk City Council approved Resolution 84-2018 approving the First Addendum to Personal Services Agreement with M & C Communications. The City first contracted with M & C Communications for assistance with its public relations needs in 2017. M & C is to complete a City of Black Hawk crisis PR plan and conduct in-house crisis mitigation training in 2019. There is a fee increase of $500 per month for 2019 and $250 per month for social media monitoring.

Acting City Manager Stephen Cole reminded everyone that the holiday party would be December 13, and in order to authorize the annual bonus for Black Hawk employees, City Council would have to approve said bonus. The Aldermen did not disappoint the employees of Black Hawk and approved the authorization.

City Attorney Hoffmann requested that City Council recess in to Executive Session to determine positions relative of matters that may be subject to negotiations, develop a strategy for negotiation, and/or instruct negotiators pursuant to CRS 24-6-402(b). Motion passed, Aldermen went into Executive Session at 3:26 p.m.

END_OF_DOCUMENT_TOKEN_TO_BE_REPLACED

Benefitting the county, schools, and much more By Don Ireland   This year marks the 30th anniversary of casinos opening in the former little mining towns of Black Hawk, Central City and Cripple Creek, Colorado. In those early years, smoking was allowed inside ... END_OF_DOCUMENT_TOKEN_TO_BE_REPLACED