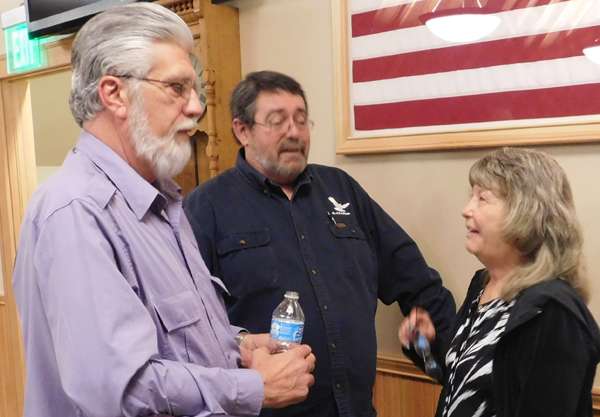 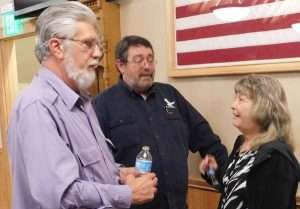 A Cooperative Spirit is the Tale of Two Cities These Days

On Tuesday, August 18, 2015, the Central City Council met for a joint work session with the City of Black Hawk Council to discuss establishing a transportation agreement between the Cities. On December 29, 2010, for various reasons the Black Hawk and Central City Tramway service ceased to exist and Central City began its own shuttle service to transport visitors and employees along the mile-long incline between towns. Five years later, the Councils from both towns are sitting down together in the spirit of cooperation to begin the reestablishment of the shuttle service.

Among the audience for the evening’s meeting included business people and citizens from both areas including John Zimpel, Bobbi Hill, Joe Behm, and Barbara Thielemann.

Every meeting of the Black Hawk Council begins by ringing the bell of the historic school house at 211 Church Street, and Black Hawk Mayor David Spellman handed that honor over to Central City Mayor Ron Engels. Mayor Engels rang the meeting to order at 6 pm.

The first note of contention did not take long to appear as Mayor Spellman started the session by introducing the agenda and stating they will open up their meeting first and then Mayor Engels may open Central City’s meeting in their own fashion before getting down to business. Mayor Engels called for a point of order to clarify that tonight’s meeting was billed as a work session for the City of Central. Mayor Spellman responded that for the City of Black Hawk, this was always considered a special Council Meeting, albeit at an unusual time. The City of Black Hawk regularly meets every second and fourth Wednesday of the month at 3 pm. Although the meeting began with misinformation, both Councils moved quickly past that point with an attitude of cooperation.

Review of work so far

After reciting the Pledge of Allegiance, Mayor Spellman turned the meeting over to City Manager Jack Lewis. Lewis summarized the work he has done with Central City Manager Daniel Miera in coming to this point where both towns are ready to move forward with agreed terms. Mayor Engels requested that some details be filled in as the town Managers have made progress since the last time they were briefed. Manager Miera then reviewed some of the steps taken and progress made regarding a transportation agreement between municipalities. Managers Miera and Lewis have gone through a number of discussions toward an inter-governmental agreement (IGA) for transportation. There is an understanding that due to some federal funds incorporated into Black Hawk’s transportation budget; this eliminates the possibility of certain things Central City would like to see in the agreement. Central City would pay no more than $266 thousand dollars into the transportation budget which is about 44% of the total cost and Central would provide three bus stops that do not currently exist. The first year of the agreement terms would be just below the current annual contracted bus costs for Central City. Any termination of convenience to the agreement would necessitate a six month notice prior to termination. A termination of cause; however, would only require a 60 day notice.

Manager Lewis addressed capital improvements saying “the buses are fairly new” and there are no expected capital purchases for at least five to ten years down the road.

Mayor Engels stated that he had the “opportunity to talk with Daniel (Miera) on the way up the hill tonight,” and was “very impressed with the progress you have made together.” Mayor Engels thanks both Managers for the work they put in to making this happen.

Mayor Spellman asked Mayor Engels if they were ready to direct their staff to draft an IGA or offered that Black Hawk could draft it. “Either way, that is the next step,” said Spellman.

Alderman Kathy Heider stated, “I always thought it was kind of dumb to have two separate systems.”

Alderman Shirley Voorhies inquired about staffing and contracts for transportation. Manager Miera responded that Black Hawk will submit and post for a bid “and through that process our current contractor has just as much chance” to win the bid.

After a quick inquiry, Mayor Engels told Mayor Spellman, “It looks like we are unanimous in our direction to draft an IGA.”

City Attorney Corey Hoffman inquired if Central City would have enough time to give notice to their current contractor after the IGA has been drafted and approved. City Attorney Marcus McAskin responded he would check on the time, but to the best of his knowledge, Central will be well within their contracted obligation to give notice so the IGA can go into effect by the first of the year and make a January deadline.

Mayor Spellman polled his Council if they were in agreement to move forward and had a unanimous affirmative.

Alderman Paul Bennett, reflecting on the cooperative nature and quick progress of the evening, jokingly addressed the Central City Council, “It was real hard working with you guys.”

In the spirit of cooperation, the City of Black Hawk provided pizza and other goodies for all to enjoy after the meeting.

The next regularly scheduled meeting of the City of Black Hawk Council is Wednesday, August 26, 2015, at 3 pm.

The next regularly scheduled meeting of the City of Central Council is Tuesday, September 1, 2015, at 7 pm. 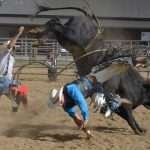 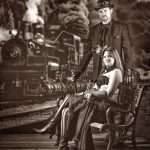