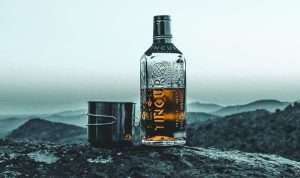 On June 17, an amendment to the 1999 growth area Intergovernmental Agreement (IGA) and a settlement agreement with Proximo Distillers were the topics of discussion during the Special online meeting of the Black Hawk City Council.

Black Hawk City Council approved Resolution 51-2020 which is a Resolution Approving the Amended and Restated Intergovernmental Agreement Between The City of Central, The City of Black Hawk, Gilpin County, and The Black Hawk-Central City Sanitation District.

The Parties entered into an Intergovernmental Agreement dated September 29, 1999 (the “1999 IGA”) to identify growth areas for Central City, Black Hawk, and to subject certain properties located in unincorporated Gilpin County to the joint planning provisions of the 1999 IGA. The Parties acknowledge and agree that this Agreement shall supersede and replace in its entirety, the 1999 IGA. The Parties further agree that the 1999 IGA shall be terminated as of the Effective Date of this Agreement. Central City and Black Hawk desire to establish growth areas for their respective cities for the purpose of planning for and regulating the use of the land within the described growth areas, to provide planned and orderly use of the land which includes, but is not limited to, the establishment of roads, phased development of services and facilities, regulating the location of activities and developments which may result in significant changes in population density and protecting the environment in a manner consistent with constitutional rights.

The Parties have been involved in a dispute involving Black Hawk’s March 25, 2020 approval of the annexation, initial zoning, and planned development approval supporting the development of the Lake Gulch Whiskey Resort (“LGWR”), a project proposed by Proximo on land for which Proximo is the contract buyer and RSM is the contract seller.

Central City filed a complaint against Defendants in Gilpin County District Court on March 25, 2020, Case No. 2020CV30009, which complaint Central amended in an April 6, 2020 filing with the Court, alleging breach of contract and breach of the covenant of good faith and fair dealing against Defendant Black Hawk and requesting declaratory judgment, preliminary injunction, and permanent injunction against all Defendants. Central City and Black Hawk shall use all reasonable best efforts to complete the execution of the New IGA as required by their respective municipalities within one week of the effective date of this Settlement Agreement.

No later than three (3) business days after mutual execution of this Agreement, Proximo will pay Central City one hundred and forty thousand ($140,000) U.S. dollars in good funds as a one-time only payment to offset Central City’s expenses associated with additional traffic on the Central City Parkway and Central’s rights-of-way, monitoring and enforcing weight limits on the Central City Parkway, additional public safety expenses incurred by Central City, and any other impacts on Central City, of any kind or nature whatsoever, caused by the LGWR or other property associated with the LGWR. The Parties agree and acknowledge that this is a one-time only payment in final settlement of the Dispute and the Lawsuit, and nothing in this Agreement shall be construed as obligating Proximo or any future owner or operator.