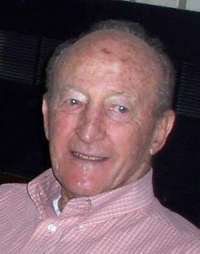 William Joseph Ewing, 91, peacefully passed away in his home in Black Hawk surrounded by loved ones on Sunday January 28, 2018.

He is preceded in death by his wife, Wilma, and son, James. He is survived by his children Cathy, Chuck (Isela), Bart (Mary Kate), and Debbie Ellsworth. He was the proud and loving grandfather to 16 grandchildren and eight great grandchildren.

Bill was born September 5, 1926 in Denver CO to Grace and James Ewing. After graduating Denver South High School he joined the Navy where he served his country during the final years of WWII. Bill was a constant entrepreneur, owning several companies before he started Ewing Trucking & Construction in 1981 with his sons in Eagle County. He made Eagle Valley his primary home for the next 30 years, where he contributed to the every changing landscape and development of the valley.

Bill was married to the love of his life Wilma for 63 wonderful years. Family was an important part of Bill’s life. In 2011, Bill returned to his home in Black Hawk where his neighbors and friends embraced him as family. The close relationship Bill had with his friends, in his final years, greatly contributed to his happiness and quality of life.

Bill was a great leader and teacher to all those around him. He was a kind and generous man who was loved by everyone who met him. Bill was an honest, hardworking and sincere man whose witty sense of humor always put a smile on people’s faces.

END_OF_DOCUMENT_TOKEN_TO_BE_REPLACED

Where the dead get to tell their story By Jaclyn Schrock On Saturday, August 21, the Gilpin Historical Society held their annual Cemetery Crawl. Tickets allowed the shuttle of hundreds of guests from the Teller House parking lot to the Cemetery. Depending on v... END_OF_DOCUMENT_TOKEN_TO_BE_REPLACED

Benefitting the county, schools, and much more By Don Ireland   This year marks the 30th anniversary of casinos opening in the former little mining towns of Black Hawk, Central City and Cripple Creek, Colorado. In those early years, smoking was allowed inside ... END_OF_DOCUMENT_TOKEN_TO_BE_REPLACED