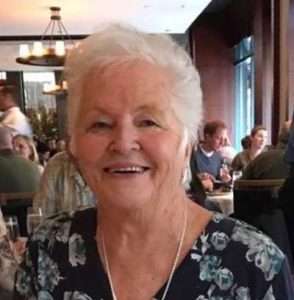 Beverly Willhoft passed away peacefully on January 15, 2019. She lived in Black Hawk with her daughter, Karla Zozulia and son-in-law, Mark Zozulia. Though she lived here only two and a half years, she made a whole group of friends and was very active in community.

A Celebration of Life will be held at the St. James Methodist Church on Saturday, February 9, 2019 at 11:00 a.m. with fellowship following.

END_OF_DOCUMENT_TOKEN_TO_BE_REPLACED

Where the dead get to tell their story By Jaclyn Schrock On Saturday, August 21, the Gilpin Historical Society held their annual Cemetery Crawl. Tickets allowed the shuttle of hundreds of guests from the Teller House parking lot to the Cemetery. Depending on v... END_OF_DOCUMENT_TOKEN_TO_BE_REPLACED

Benefitting the county, schools, and much more By Don Ireland   This year marks the 30th anniversary of casinos opening in the former little mining towns of Black Hawk, Central City and Cripple Creek, Colorado. In those early years, smoking was allowed inside ... END_OF_DOCUMENT_TOKEN_TO_BE_REPLACED