Belvidere Foundation gets new citizen Board 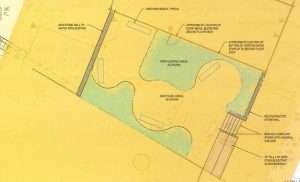 Commissioner Web Sill attended the meeting in person as a guest and was invited to sit in a Council chair next to the Mayor for the duration of the meeting.

At 7:04, Council reconvened the regular meeting and Mayor Fey led the Pledge of Allegiance and then asked for any amendments or additions to the evening’s agenda. No changes were made to the agenda.

The Mayor called for a motion to approve the consent agenda which consisted of the minutes from the January 19 meeting and regular bill lists through January 13. Alderwoman Tinucci asked about an expense for a volunteer firefighter; Manager Miera responded that whenever a volunteer firefighter works for a FEMA related incident, they are considered a 1099 contractor and their pay is passed through the City’s account. Alderwoman Johnson asked about a toll for a fire department vehicle and Miera responded that this was for a vehicle returning from a training exercise in Frederick on I-25. Alderwoman Johnson moved to approve the Consent Agenda and was seconded by Alderman Aiken. The motion passed unanimously.

The Council considered approval on two Resolutions and on appointments to the Belvidere Foundation Board.

Manager Miera introduced Resolution 21-05 which would adopt amended and restated Articles of Incorporation and Bylaws of the Belvidere Foundation.

The Foundation is a non-profit corporation whose purpose is the assist in the restoration, preservation, administration, programming, and operation of the Belvidere Theatre. The original Board was set up in 2019 with City Staff only to get things started. This represents the passing of the torch to members of the public.

Council next considered approval to the Belvidere Foundation Board for nine applicants: Peter Droege, Jack Hidahl, Kathy Heider, Patrice LaBlanc, Barbara Thielemann, Eric Chinn, Dr. Charles (Chip) Smith, Jonathan Morrison, and Betty Mahaffey. According to the by-laws, at least three members must be on the Board and there is no maximum. Mayor Fey commented that the original idea was having five members on the board, but encouraged Council to increase the number to nine so that all may be accepted. Attorney McAskin recommended that Council decide how many they want to appoint and to also decide to stagger the term lengths so that some served two-year terms and the rest serve three-year terms.

Council decided that all nine applicants are worthy of inclusion. Council next decided that the first five applicants; Peter, Jack, Kathy, Patrice, and Barbara, should be appointed to three-year terms and the last four; Eric, Chip, Jonathan, and Betty, to two-year terms.

Alderwoman Johnson moved to approve the appointments and was seconded by Alderman Aiken. The motion passed unanimously.

Attorney McAskin introduced Resolution 21-06 which would approve an Inter-Governmental Agreement (IGA) between the City and the State of Colorado to allow use of the State Department of Revenue’s Sales and Use Tax Software (SUTS) system. The City adopted Ordinance 20-13 in 2020 which standardized their sales and use tax code.

Alderman Aiken asked Sheriff Kevin Armstrong about the COVID status and Armstrong, consulting a report from Public Health Director Bonnie Albrecht, responded that new cases are trending down (eight in the last fourteen days); they have administered 459 of first doses, and 187 of second doses. Alderman Aiken then commented that there a lot of speeders heading up Eureka Street and requesting additional enforcement or some other solution. Sheriff Armstrong stated he will pass along this information to the patrol deputies and will make sure they look at the situation and take action as necessary.

Alderwoman Johnson commented that it is wonderful to have two Commissioners in attendance. Commissioner Sandy Hollingsworth also attended the meeting as a virtual participant.

Commissioner Sandy Hollingsworth addressed Council and commented that the County Manager reported there are fifteen applications for the voluntary 5-Star Program to increase COVID safety measures beyond what is required by the State, and she was “really glad” that Central City is participating in the program.

Commissioner Sill commented that he made a promise that he would come to Central City’s Council meetings along with the City of Black Hawk. “It is really important for a Commissioner to know what’s going on,” said Sill.

Mayor Fey adjourned the regular meeting at 7:55 pm. The next regular Council Meeting will be Tuesday, February 16, 2021.

END_OF_DOCUMENT_TOKEN_TO_BE_REPLACED

Benefitting the county, schools, and much more By Don Ireland   This year marks the 30th anniversary of casinos opening in the former little mining towns of Black Hawk, Central City and Cripple Creek, Colorado. In those early years, smoking was allowed inside ... END_OF_DOCUMENT_TOKEN_TO_BE_REPLACED

Benefitting the county, schools, and much more By Don Ireland   This year marks the 30th anniversary of casinos opening in the former little mining towns of Black Hawk, Central City and Cripple Creek, Colorado. In those early years, smoking was allowed inside ... END_OF_DOCUMENT_TOKEN_TO_BE_REPLACED