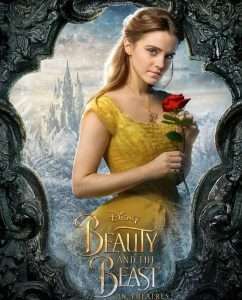 Beauty and the Beast movie review

The third of what promises to be a long line of “live” action films based on animated originals recently opened, but is it worth your time spending money on a story you have already seen? “The Jungle Book,” which was the most recent (preceded by “Cinderella”) in this current series to be “livened” by Disney Studios, was done extremely well and even nominated for an Academy Award for its special effects. This time around “Beauty and the Beast” gets its real adaptation.

Just in case you had your head in the sand during the 90s, here is the story loosely based on “La Belle at la Bete” authored by Gabrielle-Suzanne Barbot de Villeneuve. An egotistical cacophobic prince, played by Dan Stevens (Downton Abbey, The Guest), turns away an unattractive elderly woman looking for shelter for the night. The woman turns out to be a beautiful enchantress, played by Hattie Morahan (The Bank Job, Mr. Holmes), in disguise and curses the prince turning him into a hideous beast for eternity unless he can find true love before the petals of an enchanted red rose fall off. As part of the curse, all the prince’s staff and some visiting villagers are transformed into inanimate objects around the castle and their fate will hinge on the prince. The castle and surrounding area are then frozen in a timeless, ageless winter and the local villages are caused to forget the prince ever existed. Many years later, but before the red rose loses all its petals, a clockmaker from the village, Maurice, played by Kevin Kline (A Fish Called Wanda, Wild Wild West), traveling from another place stops by the palace quite accidentally and pauses to pick a rose for his beautiful daughter, Belle. He is captured by the beast and when Belle, played by Emma Watson (The Perks of Being a Wallflower, Noah), comes to look for him, she trades places with him thinking his life is more worthy than hers. While Belle is in captivity, the unnamed princely beast and Belle learn to appreciate certain qualities in each other and romance begins to blossom. However, Belle learns that Maurice is in trouble, so the beast gives her freedom to help her dad despairing that she may never return.

The songs. You are probably familiar with the songs from the animated musical, but this movie includes songs from the Broadway musical as well as some new ones. Most of the new songs are short, so they don’t stretch the running time or patience of viewers. One song rather than short, is instead deep in meaning talking about the despair the beast feels at living an eternity in animal form with memories of Belle to torture him the entire time.

The humanization of animation. I felt that especially in the songs, the producers captured certain human elements that do not come across well in animation, but were amazing live. Unfortunately, they did not last long enough for me. For example, the song “Gaston” features some fancy clog-like footwork that would otherwise be cheapened by animation.

Emma Watson. Filling the shoes of an established Disney princess is a daunting task, but Ms. Watson does it well. Her voice is strong and has a pure quality that works for the character. Not once did I wish I was listening to the animated version.

The Easter eggs. As with any Disney film there are hidden things that call out or honor other Disney films. Look for items from “Aladdin” and “The Little Mermaid.” There is also an odd movement-for-movement recreation of a scene from “The Sound of Music” which is not a Disney movie. Additionally, lest you forget, Emma Watson played Hermione in the Harry Potter series and this too was acknowledged.

Repairing the past. The animated feature even though I loved it, had many flaws and plot holes which discredit it from a true classic. The screenwriters seem to have learned a lesson from the past and filled those plot holes rather nicely. There are still a couple, but they did a good job overall.

The computer-generated imagery (CGI). When the CGI was spot on, the film was visually amazing. Unfortunately, it was not consistent throughout the film; particularly with the beast. Disney has a high standard for its films so this comes as a disappointing surprise. Casting for the film began in early 2015 and filming of the principal cast was finished later the same year. This gave the studio only one and half years to complete the painstaking task of CGI and other special effects. In comparison, it takes Pixar four to seven years to complete this task. The rush job on “Beauty and the Beast” was a shameful prioritization of release date over quality.

The animation. Okay, this is supposed to be “live” action, but only in the sense that it appears to be in the real world with live actors. All the enchanted inanimate objects of the castle had to be animated. For the most part, they look realistic and live. However, I came away from the film realizing none of them were my favorite characters. I was wishing for more scenes before and after the enchantment and of the villages – in other words, human.

Thanks to Josh Gad (Frozen, 21), shooting off his mouth, I cannot let this review go by without addressing the gay controversy. Mr. Gad said, prior to the release date, that this is the first Disney film with an openly gay character and gay scenes. His comments were taken to heart and many family groups started boycotting immediately. The movie itself was banned from being shown in Russia and several independent American theaters and drive-ins. So, let’s talk about those gay scenes. Josh Gad plays the character in question, LeFou (French for The Fool). LeFou is characterized as having an attraction to Gaston, played by Luke Evans (The Raven, The Hobbit: The Desolation of Smaug), his best friend, to which Gaston is oblivious. The attraction is conveyed through innuendo and perhaps some wistful glances. There is a line that FeFou says in apparent reference to Gaston about not being finished with him, but it comes across more like LeFou wants to be Gaston or just like him rather than pursuing a relationship. During a dance number, LeFou gets embraced by Gaston and is enjoying it perhaps too much. Later, at a ball as folks are switching partners, LeFou gets partnered to another man and they look at each other like, “huh, that’s interesting.” That’s about it. If you go to the movie seeking out the gay parts, you will find more than intended, but if you go to the movie to just enjoy a movie, the so-called gay scenes are irrelevant. LeFou comes across as a little silly and awkward. I personally think that Josh Gad was miscast in the role. He seems stiff and trying too hard.

“Beauty and the Beast” successfully recreates the animated Disney original and builds upon it to make something a little more special. Emma Watson makes a perfect Belle and Dan Stevens is every bit as good as Robby Benson in the animated feature. The movie is rated PG for some action violence, peril and frightening images. Most kids will be just fine with it, especially after seeing the transformation back into humans. I truly want to rate this film a five, but the CGI issue is too great. I rate the film four out of five owls. My lovely adult daughter (whose favorite film was the animated original) rates it four and a half out of five piano teeth.

END_OF_DOCUMENT_TOKEN_TO_BE_REPLACED

Benefitting the county, schools, and much more By Don Ireland   This year marks the 30th anniversary of casinos opening in the former little mining towns of Black Hawk, Central City and Cripple Creek, Colorado. In those early years, smoking was allowed inside ... END_OF_DOCUMENT_TOKEN_TO_BE_REPLACED

Benefitting the county, schools, and much more By Don Ireland   This year marks the 30th anniversary of casinos opening in the former little mining towns of Black Hawk, Central City and Cripple Creek, Colorado. In those early years, smoking was allowed inside ... END_OF_DOCUMENT_TOKEN_TO_BE_REPLACED