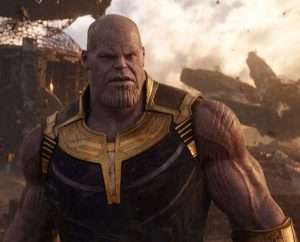 Ten years ago, on May 2, 2008, Marvel Studios began something new; a movie universe in which multiple characters and stories can co-exist in their stand-alone films yet have an impact on each other. It was a risky move; comic book movies either bombed at the box-office or did well enough to make its budget, but seldom more. Christopher Nolan’s Dark Knight trilogy had not yet released the second movie; “The Dark Knight” on the heels of the tragic death of Heath Ledger in 2008, so all Marvel had going for it was nostalgia of Christopher Reeve’s “Superman” and Tim Burton’s weird spin on the bat. Marvel went against known success by beginning with a lesser-known arrogant self-righteous hero, “Iron Man.” This never should have worked – and yet it did. The movie appealed to a wider audience that the typical comic book movie and generated interest in more like it. At that time, when most non-comic book fans thought of comic book heroes; very few Marvel heroes came to mind. Oddly, Marvel chose to hold back on their most popular subject, Captain America for four years. Then came “The Incredible Hulk” released in June of the same year. It was okay, but suffered from the remake fatigue of two prior Hulk movies that had nothing to do with each other. “Thor” was the next release before “Captain America: The First Avenger” later the same year. These five movies (“Iron Man 2” was released in 2010), along with the first team up, “Marvel’s The Avengers”, built a foundation on which Marvel built an empire. Just when critics and fans began to feel some Marvel fatigue; every movie was similar in feel, they released Guardians of the Galaxy in 2014; a huge risk that far from failing, catapulted the MCU into a different realm of popularity. The second Avengers movie was just around the corner, but just did not come together as well as the first. As if in response to fans, Marvel releases “Captain America: Civil War” in 2017 featuring all earth-bound heroes shown to date plus the introduction of two characters that were about to be feathers of mastery in Marvel’s cap: Spider-Man and Black Panther. Civil War is considered Avengers 2.5 by many and it was exceptionally done. And then Marvel not only re-worked the Thor formula into something incredible with “Thor: Ragnarok,” but released “Black Panther” in February 2018 and it took the world by storm. “Black Panther” is still running strong in theaters as, finally, the movie geeks have been waiting for, “Avengers: Infinity War” is released on April 26, 2018.

Full confession: I was not a big fan of comic book movies when Iron Man came out. In fact, the first Marvel MCU movie I saw was Captain America; and that was from home video. Today, I’m hooked and would not miss another Marvel movie (in the MCU – technically “Deadpool” is in Marvel, but not in the same universe as these others). I watched Infinity War the night it came out; and then again two days later. I will be seeing it again in theaters at least once; (spoiler alert) it is that good.

The film picks up exactly where “Thor: Ragnarok” left off; with the Asgardian ship being attacked by Thanos’ ship. Thanos previously has been a post-credits-only villain complaining about the lack of success from everyone he sends to collect the infinity stones. There are six stones representing the forces that shaped the universe: reality (red), time (green), mind (yellow), power (purple), space (blue), and soul (orange). The stones were scattered and intentionally kept apart and hidden, because a being powerful enough to wield all of them can wipe out half the life in the universe with a literal snap of their fingers. Thanos survived the people of his planet destroying themselves with the disappearance of resources caused by over-population and lack of conservation. In his mind, the salvation of the universe would be to eliminate half the sentient life, which he has been doing even without the stones, one planet at a time. He sees the aftermath as a paradise of his own creation and considers himself called to destroy half the universe; it is his destiny. Sick of the inefficiency of his underlings, he takes four special zealots, called the Black Order, with him to get the stones himself. We see him obtain the blue space stone on the Asgardian ship with great cost to the people on board; already having the purple power stone in his possession (he picked that up Xandar featured in “Guardians of the Galaxy”). Thanos then splits up his Black Order sending them to Earth to grab two stones there, while he chases down the reality stone on Knowhere (also featured in Guardians and Thor). The Black Order fails to retrieve either stone; one possessed by Doctor Strange and the other by Vision, but regroups to try again later. Meanwhile, Thanos retrieves the red reality stone and kidnaps Gamora, whom he considers his daughter (he kidnapped her as a child and raised her himself; she didn’t like it). Gamora knows the location of the orange soul stone and is convinced to reveal it. Thanos takes Gamora to Vormir; a remote and barren planet in the universe with a special guardian. There, Thanos learns he must sacrifice what he loves in exchange for the stone. He does and heads to earth where the Avengers have banned together in Wakanda to battle the Black Order and ultimately, Thanos.

Direction. Infinity War is directed by brothers Anthony and Joe Russo who directed “Captain America: Civil War.” They successfully compiled ten primary characters into a compelling story. Now they more than double their efforts with 24 primary characters (and that’s just the good guys) meshing them into a cohesive, understandable story that never feels forced.

Music. I was less than happy to hear Alan Silvestri was orchestrating the score; his themes were unmemorable in prior Marvel movies. However, he has successfully created a theme and feel to several main characters and his minor descending arpeggios and deep bass throbbing accompanied by drumbeats captivate a proper emotional tone.

Plot. This movie takes a different view than other Marvel movies that was only hinted about in “Black Panther” by focusing the story on the villain. Thanos is interesting and his motivation resonates with reality on earth. We have been careless with our resources and the population growth is a tad scary. Colorado has seen incredible growth recently and we are facing a summer of extreme drought, so Thanos’ story may hit home.

Characters. The Russo’s use of characters and their interactions with each other was spot on. Each kept their uniqueness and responded accordingly.

Swearing. The swearing was kept to a minimum and Captain America never once uttered a curse word even faced with overwhelming odds and emotions. He does call out to God in the end and you can hear it either as his harshest curse or an actual cry in faith to the God of the universe.

Teams. As characters we already know team up with others it feels natural and is a huge payoff to fans of those characters. The movie delivered a lot of “what ifs,” as in, “what if character x meets character y?”

CGI. Yes, with this many fantastical elements, CGI plays a huge part in what we see and it is good. Sure, there are some moments that could still be touched up, but they did not take me out of the film.

Editing. With so much packed into one film, a huge burden is laid upon the editors. This film flows well from scene to scene taking us on an emotional roller coaster.

Banner. Bruce Banner, that is. Although his struggle with a frightened Hulk is done well, he was used mainly for comic relief; more like C-3PO in Star Wars. Bruce’s story is deep with pain and struggle, but none of that was truly brought out this time around. I hope if they use the character again, they will bring that depth back.

Continuity. This is not a standalone movie. If you walked in not having seen a single Marvel MCU film, you would feel guilty as if you stepped into a club of geeks and didn’t belong. This movie is for folks who have seen three or more other films; and the more you have seen, the more you will get out of this one. If you have not seen “Thor: Ragnarok,” you will be utterly confused by the opening. The story is easy to pick up, but again, you’ll feel left out of something.

Ummm… that’s it. It has been four days since I saw the movie the first time and there is so much packed into it, I am still processing. I will have to see it again, I guess (oh darn!).

Infinity War is an intense film packed with great character relationship surrounding an interesting villain whose motivation resonates in the world today. Sure, there a lot of fighting (and I do mean considerably, it has War in the title for a reason), but there is depth to it. I loved the film and I believe if there were no more Marvel MCU movies, this could satisfactorily end it all… except for the post-credits scene, although even that could just be a trigger for our imagination as to what comes after. The Russo Brothers pulled off a cinematic miracle of combining 24 heroes without it becoming a muddy mess. It is rated PG-13 for intense sequences of sci-fi violence and action throughout, language and some crude references. This is intense; full of fights, death, and consequences, and not for younger children. My lovely wife and beautiful adult daughter could not contain themselves with their ratings and I’ll report exactly as they gave them to me: my lovely wife rates it nine out of five axe handles; my beautiful daughter rates it ten out of five new toys. The film, on the second viewing, made me cry… several times (bonus points!). I am a huge fan, so consider my bias when you consider my rating. Giving the film an extra point for every teary moment, I rate it eleven out of five rabbits. Yes, I loved it that much.

END_OF_DOCUMENT_TOKEN_TO_BE_REPLACED

Where the dead get to tell their story By Jaclyn Schrock On Saturday, August 21, the Gilpin Historical Society held their annual Cemetery Crawl. Tickets allowed the shuttle of hundreds of guests from the Teller House parking lot to the Cemetery. Depending on v... END_OF_DOCUMENT_TOKEN_TO_BE_REPLACED