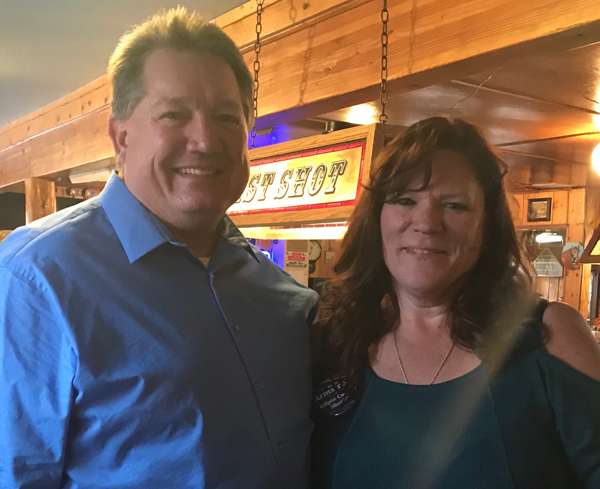 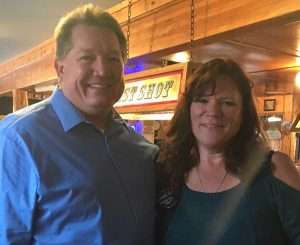 It was the perfect venue for bringing in 100 or more Gilpin residents for an opportunity to chat with Kevin Armstrong who is running for Gilpin County Sheriff, and his choice for Undersheriff, Tonia Kapke. The gathering on Monday, Sept. 17 ran from 4:00 – 7:00 p.m. and filled the restaurant with enthusiastic supporters anxious to speak with the candidates while enjoying a delicious complimentary spaghetti dinner.

Kevin has been a part of the Gilpin Sheriff’s office since June of 2015 after having retired from the Wheat Ridge Police Department with 35 years of service. He began his career in Law Enforcement after graduating in 1978 from Santa Barbara City College with a degree in Criminal Justice. While he was still working for the City of Wheat Ridge, his youngest daughter attended Gilpin County School. He would often meet Jon Bayne, the current Undersheriff for Gilpin County, and tell him, “I’m going to be working for you someday!” That plan happily came to fruition. He was hired as a patrol deputy with Gilpin and was promoted to sergeant a few months later. Since then he has taken on many roles and responsibilities within the department. He has steadily increased his knowledge and experience through taking on projects and initiating programs to improve the overall operations of the Sheriff’s Office. The commitment to continuing his education and training, and sharing it with others, is paramount to his belief in serving the community. Careful planning and implementation of his career path has provided Kevin with the right combination of experience and knowledge to serve as County Sheriff.

Armstrong has no plans for any big changes within the department. The current staff works together well and helps each other out when needed. Often the patrol officers will assist in the jail and vice versa. They also serve Central City and work with the City of Black Hawk. There are plans coming to improve the 911 system. Gilpin County and Black Hawk will eventually be moving to an 800 system that will be part of the state’s existing system. The goal is to continually look at ways to cut costs while still providing the best service and safety to county residents.

Kevin likes the close knit Gilpin community and enjoys the ability to easily get to know his neighbors other residents of the county. He appreciates the sense of place and natural beauty of this small rural county.

Tonia Kapke has been part of the Gilpin Sheriff’s Office since 1994. She began her Law Enforcement career for Summit County in 1989 while attending the Police Academy in Glenwood Springs. She was promoted to sergeant within months of her start with Summit County, spending five years working in the jail there, and trained for the Mounted Patrol Unit. At the time she started working for the Gilpin Sherriff’s Office, plans for the new jail and Justice Center was underway. Tonia played a key role in the building and transitioning to the new jail. She contributes a great deal of time and effort in writing grant proposals and managing funds and has brought in nearly two million dollars in grant money, which has helped fund expenses for the jail. When asked what she likes most about the county, her answer is the people, and the sense of community she experiences every day. Much like her cohort, she has worked hard for the county, and wants to continue to give back to the residents here.

Both candidates are in tune with the needs of the people and have a strong desire to serve their fellow neighbors. They have high praise for Sheriff Bruce Hartman and feel he has done an outstanding job of connecting with and serving the community during his tenure. Their goal is to build on what he has already established and continue to strive towards meeting the needs of local residents.

It was impossible not to notice the dedication and commitment these two individuals have for their jobs as they spoke with the local folks at the Last Shot. Their devotion for the county and its people was evident in their facial expressions and tone of voice. Best of luck to this team as November is right around the corner! 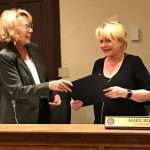 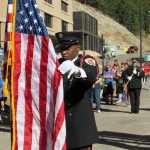