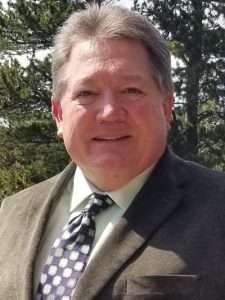 My name is Kevin Armstrong, and I want to be your next Sheriff for Gilpin County. I am a career law enforcement officer with over 38 years of experience. I began my career in 1980 with Wheat Ridge Police Department. I served as an officer in the Patrol Division, the Traffic Unit, and as a detective in the Investigations Division. I was promoted to sergeant in 1998. As a sergeant, I had patrol officers and detectives under my command, both in thePatrol and Investigations Divisions. I have investigated and/or supervised numerous crimes, from petty crimes to homicides. I was also a certified Crisis Intervention Team (CIT) member. This is specialized training in conflict resolution, de-escalation skills, and mental illness. I helped to develop a training program for CIT for Youth. This was specific for youth who suffered from mental illness. During my last four years with Wheat Ridge, I supervised our Crime Prevention/School Resource Officer team. I redeveloped the police department’s volunteer program and the Citizens Police Academy.

Throughout my tenure I attended several command training schools to prepare for the next level in Law Enforcement Management. I was a member of the Jefferson County Critical Incident Response Team that investigated officer involved shootings. I was an investigator at the Columbine massacre and I supervised the officer involved shooting investigation at Platte Canyon High School. I helped start the Jefferson County Accident Response Team. This is a group of highly trained accident investigators that provide an independent investigation into officers involved in serious injury or fatal accident while on duty. I was one of two sergeants responsible for the investigation of Jefferson County Sergeant Dave Baldwin, who was tragically killed on Hwy 93. Over the years I learned the value of collaborating with other law enforcement organizations and community groups, and how important it is to the success of our communities. I retired from Wheat Ridge in June of 2015 to take a position with Gilpin County Sheriff’s Office.

My wife, Kersten, and I have been married for 24 years and have one daughter, Katelyn. I have two older daughters, Crystal and Carie, from a previous marriage. My wife and I purchased property in Gilpin County in 1994. Due to athletic commitments of our daughter Carie, we were not able to start building our dream home until 2002. We moved into our home in February of 2004. Kersten and I quickly became involved in our community. One of my passions is St. Baldrick’s. This is a world-wide fundraising event to support Childhood Cancer Research. I have brought this event to Gilpin County School for the last two years. I was the Little League President for seven years. I am the Vice-Chair of the Alan Green Memorial Foundation, a member of the Gilpin Education Foundation, a member of the Central City Elks, and a member of Saint James United Methodist Church. Kersten was on the Gilpin County School Accountability Committee and then was elected to the Gilpin County School Board, where she currently is a member. Katelyn attended Gilpin County School from kindergarten to when she graduated this last May. She will be attending Baylor University and will be studying Neuroscience with a Pre-med track.

The foundation of any exceptional sheriff’s office is well trained deputies that can provide professional law enforcement services with integrity to our community and its visitors. I believe in providing exceptional service with integrity in partnership with our community. Crime prevention and emergency preparedness is significantly more successful when the sheriff’s office develops these partnerships with its community.

Everything I have done in my law enforcement career has prepared me to be a leader. I am the best qualified candidate to be the next Gilpin County Sheriff because of my training, experience, professionalism, and character. I have brought this training and experience to the Gilpin County Sheriff’s Office and will continue to share this knowledge while building on the successes of Sheriff Hartman and his administration.

I will be appointing Tonia Kapke as Undersheriff when I am elected as Sheriff. Tonia has over 29 years of experience in law enforcement, with extensive training in business management and leadership prior. She began her law enforcement career in 1989 in Summit County, Colorado. During Tonia’s tenure in Summit County she attended the Law Enforcement Academy in Glenwood Springs, graduating top of her class. She was assigned to Detentions and was quickly promoted to sergeant. She also participated in the Mounted Patrol Unit for the Summit County Sheriff’s Office after she and her horse went through intensive training with the Denver Mounted Patrol Unit.

Starting with Gilpin County in 1994, Tonia began work on the policies and procedures for the new Justice Center working off blueprints while the facility was being built. Currently, Tonia holds the rank of Captain overseeing the Detention Facility, Court Security, and Victim Services, while assisting with Dispatch and Patrol when needed. She writes and proposes the budget to the Commissioners and oversees the adopted budgets. Tonia also writes many grant proposals for the Sheriff’s Office and maintains those grants once awarded. Tonia coordinates all of the hiring for the Gilpin County Sheriff’s Office while acting as a liaison with Human Resources, POST Board, and the State Court Data Access Program. Tonia has volunteered her time as a representative for the Sheriff’s Office, a member of the Ambulance Board, and with the Western States Sheriff’s Association. She has also volunteered her time within the community, coaching T-ball and assisting with the local gymkhana series. Tonia is an integral member of our Gilpin County Sheriff’s Office and local community, and is unmatched in the level of service and leadership she will provide in the role of Undersheriff.

I have been endorsed by Pete Weir, District Attorney of the 1st Judicial District, and Jefferson County Sheriff, Jeff Schrader.

“Kevin Armstrong is an accomplished law enforcement professional with an abiding sense of justice. Kevin’s leadership, expertise, and judgment make him uniquely qualified to meet the public safety demand of Gilpin County. Kevin will be an outstanding sheriff.” Pete Weir, District Attorney

“I have known Kevin Armstrong for more than 20 years. I personally know him to be a well-experienced law enforcement leader. He is prepared and imminently qualified to be the Sheriff of Gilpin County and I highly endorse him.” Sheriff Jeff Shrader, Jefferson County

I hope you will support me in being your next Sheriff for Gilpin County.