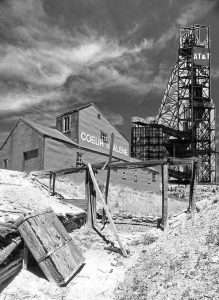 Mayor Jeremy Fey convened the regular meeting at 7:03 pm on Tuesday, August 4, 2020, in City Hall Council Chambers. Council members Jeff Aiken, Judy Laratta, Jackie Johnson, Jack Hidahl, and Mayor Jeremy Fey were present.  Mayor Fey led the Pledge of Allegiance and then asked for any amendments or additions to the evening’s agenda. Mayor Fey requested that the public declaration be moved to the front of the agenda. Mayor Fey asked if there were any conflicts of interest for any member of the council. There were no conflicts expressed.

The Mayor called for a motion to approve the consent agenda which consisted of the minutes from the July 21 meeting, regular bill lists through July 23. Alderwoman Laratta asked, “How many elevators and escalators do we have” that the bill costs $9,700? Manager Miera responded that he is not sure what the total count is, but they pay for the inspection of all elevators and escalators inside the businesses of the City and get reimbursed by each business. Laratta then asked about the cost for the Trails Master Plan of $4,339 and Miera responded that the grant they received covers all costs. Mayor Fey asked about the expense for a meter post for the Big-T Lot for $8,130. Miera responded that the cost includes not just that meter, but also a light on Main Street and a couple of other repairs.

Alderwoman Laratta moved to approve the consent agenda as amended and was seconded by Alderwoman Johnson and Alderman Aiken simultaneously. The motion passed unanimously.

Mayor Fey opened the floor to the public for anyone who wished to speak to a topic on the night’s agenda and one person chose to speak.

Executive Director of the Business Improvement District Joe Behm addressed the council saying, “Regarding the lease of city property for the cell tower, I am wondering what the accommodations will be for Ordinance 20-10 to petition to be a member of the BID?”

Mayor Fey read a proclamation praising the work of Dorothy Tanner, founder of Lumonics Light & Sound Gallery including contributions to many artistic contributions made in buildings of Central City.

Historic Preservation and Code Enforcement Officer Lindsey Flewelling reviewed the application which would allow a new AT&T cell tower to be built within the City Limits, disguised as part of a mine structure. The Historic Preservation Commission approved item HR 20-10 on July 8, 2020, and then HR 20-10 went before City Council for ratification on July 21 at which time, the Council chose to continue the issue after no consensus could be obtained.

Alderman Hidahl commented he thinks it was gratuitous that the original hearing was continued as the City could have been spending this time pursuing cell coverage contracts from other carriers to also make use of the AT&T tower.

The Council considered approval on two Resolutions and heard a proclamation.

City Clerk Bechtel introduced Resolution 20-26 which would approve an Intergovernmental Agreement (IGA) with Gilpin County regarding the conduct of a coordinated election to be held on November 3, 2020. A brief discussion was had regarding cost to the City as Coordinated with the County versus the City conducting their own election. Bechtel responded that the cost is almost the same, “just a little bit more” than coordinating with the County.

Alderwoman Laratta moved to approve Resolution 20-26 and was seconded by Alderman Aiken. The motion passed unanimously.

Manager Miera introduced Resolution 20-27 which would extend the City’s Emergency Disaster Declaration through Wednesday, August 19 allowing the city access to additional federal and state resources during the pandemic. Mayor Fey commented that the current liquor curfew of 10 pm is hurting business at the casinos and inquired if the County was seeking a variance. Manager Miera responded he is not aware that the County is seeking a variance to extend hours for alcohol. Alderman Hidahl stated the Council should submit a letter to the County requesting they pursue a variance.

Alderman Hidahl moved that the City will submit a letter signed by the Mayor to the Gilpin County Commissioners requesting they pursue a variance from the State and the Gaming Commission extending the hours liquor can be served.

Alderwoman Laratta moved to approve Resolution 20-27 and was seconded by Alderman Aiken. The Resolution passed unanimously.

Alderwoman Laratta commented that recreational traffic has “increased considerably” on Academy Street (connecting Nevadaville Road with Eureka Street). Mayor Fey commented that he doesn’t believe an observed increase over two weeks is enough to create restrictions, but they should keep an eye on it. Laratta retorted that in addition to traffic, trash is accumulating along the street, and not just there, but around the City. Council debated adding a second clean-up-day at the end of the summer.

Alderwoman Johnson asked when the last time Main Street Central City has met as a board? Director Ray Rears answered, “Not since February or March.”

Alderman Aiken commented that the most hazardous piece of sidewalk in the city “is in front of this building” (City Hall). He asked that it be replaced or repaired. Manager Miera responded that replacement of this sidewalk has been postponed, but they could look at doing some repair work in-house.

Alderwoman Laratta commented that there are positives to wearing masks. “We can have plastic surgery without anyone knowing it; get our lips injected; but most of all, it (wearing masks) shows respect to others.”

Alderwoman Johnson commented she was observing how many people were up here recreating which made her think about the Trails project. “I also want to give a shout out to Rich Appliances as her dryer broke and he came and fixed it “at a really great price.”

Mayor Fey read his comments regarding the Gilpin County School Board’s decision to start the school year with online learning and stated his position that the decision was wrong. He commented that no decision should be made in fear and used examples of emergency services personnel not responding out of fear of contracting the virus would be a horrible decision. He offered the solution of a hybrid-model of in-person and remote-learning simultaneously. He asked Council to give Staff direction to investigating what a Pod School Program (learning pods in which parents bring kids together in small groups for socialization) might look like for the children of Central City while the district is in remote-learning mode.

Alderwoman Johnson commented that if it comes to it, she would be willing to do a Physical Education course.

Alderwoman Laratta commented they should do nothing to encourage crowds.

Manager Miera suggested that he and the Mayor could arrange a meeting with the school board to talk about educational alternatives during remote learning.

Michele Roussel, resident of central city addressed Council saying, “I would be happy to do some investigation on that matter” (Pods) and offered her time.

Council moved to enter Executive Session at 8:33 pm to discuss legal questions related to the potential lease of City-owned property for a wireless telecommunications facility. The next regular Council Meeting will be Tuesday, August 4, 2020.

END_OF_DOCUMENT_TOKEN_TO_BE_REPLACED

Benefitting the county, schools, and much more By Don Ireland   This year marks the 30th anniversary of casinos opening in the former little mining towns of Black Hawk, Central City and Cripple Creek, Colorado. In those early years, smoking was allowed inside ... END_OF_DOCUMENT_TOKEN_TO_BE_REPLACED

Benefitting the county, schools, and much more By Don Ireland   This year marks the 30th anniversary of casinos opening in the former little mining towns of Black Hawk, Central City and Cripple Creek, Colorado. In those early years, smoking was allowed inside ... END_OF_DOCUMENT_TOKEN_TO_BE_REPLACED