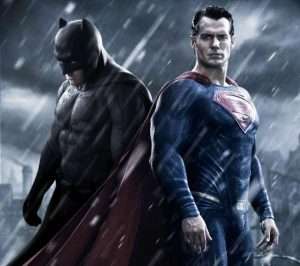 DC Comics has officially launched their canonical movie universe with the recent release of “Batman v Superman: Dawn of Justice.” In all appearances, DC is following in the footsteps of Marvel by creating a movie universe in which all their stories can co-exist and interact; however, DC made their first attempt in 1998 with a movie called “Superman Lives” starring Nicolas Cage as Superman and Michael Keaton reprising his role as Batman; the movie was scrapped before production. DCs second attempt was in 2011 with “Green Lantern” starring Ryan Reynolds, but that plan was also tossed into File 13 after a disappointing box-office showing. The 2011 attempt was perhaps a desperately pushed idea to capitalize on the success of Marvel’s growing popularity in their films. DCs third and most recent attempt began with 2013s “Man of Steel” starring Henry Cavill (“Red Riding Hood,” “Immortals,” “The Man from U.N.C.L.E.”). Whether it was the popularity of comic book movies or the reinvention of a darker, brooding Superman, “Man of Steel” was popular enough to more than double its production budget effectively green lighting the DC cinematic multiverse.

I have not seen “Man of Steel” nor have I read the comic books. I did not see the movie for the sole reason that this modern Superman does not resemble the Superman I grew up with. Gone is the truth, justice, and American way motto. We live in a global society today, so I can live with the American part, but having Superman’s brand of justice include killing the bad guy was too much for me. Also, my Superman would always consider collateral damage as unthinkable; the means justifies the end. This modern guy will assure a threat is neutralized even when the cost is high; the end justifies the means. I believe that Christopher Nolan’s reinvention of Batman has led DC down the path into darker characters.

So how can Superman, played by Henry Cavill, and Batman, played by Ben Affleck (“The Town,” “Argo,” “Gone Girl”) ever fight each other; are they not both the good guys? Well, this story was played out in the comic books with Superman wanting to stop a dangerous vigilante calling himself Batman. In “Dawn of Justice,” we see Bruce Wayne grow increasingly angry with righteous indignation toward Superman due to the destruction caused in the “Man of Steel” movie. Bruce sees Superman as a man above the law who could at any point turn his seemingly God-like powers against the human race, and every incident fuels that fire. Similar to the comics, Clark Kent sees Batman as a dangerous vigilante that should leave justice to the law enforcement officials, and to himself as Superman, of course. Clark doesn’t have a real beef against Batman otherwise. Bruce obtains a sizeable amount of kryptonite which he weaponizes in his anticipated fight against Superman. The movie has Lex Luthor, played by Jesse Eisenberg (“Zombieland,” “Now You See Me,” “The Social Network”) pulling strings on both sides to ultimately have the two heroes fight each other to the death, holding Clark’s mom Martha, played by Diane Lane (“Secretariat,” Inside Out,” “Trumbo”) hostage as extortion. In the meantime, Lex uses his financial and political power to gain access to the Kryptonian ship and the body of General Zod to nefariously create his own monster that he can control.

This movie serves as a vehicle to begin the formation of the Justice League. One of my favorite cartoons as a youngster, Superfriends, the Justice League of that era join the forces of Superman, Batman, Aquaman, and Wonder Woman, along with several other heroes seemingly on a rotating schedule, to fight the evil people of this world and beyond. DCs “Justice League Part 1” movie is slated to be released in November 2017.

There is a theme of good versus evil in every person that is played out and theorized. Clark focuses on the good in others while Bruce focus on the evil. Both heroes are shown to have elements of each.

There is a discourse on the nature of God. It is Lex’s belief that an all-powerful God cannot be at the same time all-good; and the converse, an all-good God cannot be all-powerful. He plays out that theory on the god of the day, Superman, to show that even Superman, an all-powerful being, cannot be good all the time. The will of God and the will of man is explored as Lex, using Clark’s mom as extortion, says, “Now god bends to my will,” as he forces Superman to fight Batman.

It is an irony that the greatest heroic fighting force of the DC universe, the Justice League, is formed due to Lex Luthor’s manipulations. It is an unintended consequence of his actions.

The movie delivered a few surprises and astoundingly, held true to a massive plot device told out in the comic books. Unlike Marvel movies, the darker tone in this one really does mean dark things and sad things, can and do happen.

There is one character that I had trepidation about due to the awful reiteration attempts from the past, but this movie quickly vanquished my fears and to my delight, Wonder Woman, played by Gal Gadot (“Fast and Furious” movie series, “Knight and Day,” “Triple 9”) was fantastically awesome. I fully approve of her more modest costume; also her talents and skills showed that she belonged on the level of Batman and Superman for superhero prowess.

Jesse Eisenberg’s acting is superb. He completely nails a functioning, psychotic and powerful villain that could be accepted by society yet so completely evil.

Okay folks, time to tell it like it is. There is so much bad about this movie, my editor would never allow me to completely flesh it out due to space. First of all, this movie felt just like filler; a vehicle to get to another movie. It felted rushed to get to the big screen in editing and screenplay. I never believed Bruce was so angry that he wanted to kill Superman; it just didn’t make sense, which made their fight scenes seem pointless. The plot was merely a contrivance to fill the gap between “Man of Steel” and “The Justice League, Part 1.”

There was a wonderful political message about the destruction caused by these super powered people, even though they do seem to be on the side of good; however, it was inconsistent. Batman was all about the destruction and collateral damage caused by Superman’s battles, but he had just as much lack of concern about the people he dealt with. This Batman was the first (I think) to use a gun to dispatch his enemies. There was no consideration of why henchmen were fighting for Lex, just an assumption that since they were, their lives did not matter.

With all the talk of God, ultimately, the movie came down on the side of atheism, essentially shaming people of all beliefs for believing in anything other than what is observable. I don’t mind questioning people’s beliefs for understanding, but the message in this movie went too far.

The editing was at times senseless and more often confusing. The shifts between dream sequences, flashbacks, and side stories, did not always align or make sense. The movie opens with an origin story for Batman which is seen again much later in the movie. It would have been much more effective to save that origin flashback for the latter part of the movie and not used it twice.

“Batman v Superman: Dawn of Justice” is a mess. Ben Affleck’s manager was worried about people accepting him as Batman to the point of telling Ben to avoid all social media when casting was announced. While there is nothing wrong with Ben Affleck, the bat suit was atrocious and unbelievable. The movie is rated PG-13 for sequences of violence and action throughout and some sensuality. There is a scene in which Lois Lane, played by Amy Adams (“The Muppets,” “Enchanted,” “American Hustle”) is in a bath tub sans bubbles and Clark gets in with her. The water is not exactly opaque and it was really unnecessary. The dialogue could have happened in many places so why put in the suggested nudity? The blu-ray version of the movie is supposed to contain an R-rated version which has the full Lois and additional fight scenes. Again, why? Superman has always been family friendly, but I wouldn’t take kids under 10 to see it and would consider it carefully for those older. Batman has not always been family friendly, so perhaps the studio is taking that into consideration.

When I walk out of some movies, the more I process what I saw, the more things I like about it. This was the opposite, the more I dwell on it, the less I like. The score, composed by Hans Zimmer, elevates my rating. I rate the movie three out of five golden lassos. My wonderful wife rates it two out of five magic bracelets. And my lovely 18-year-old daughter rates it three out of five superhero emblems.

END_OF_DOCUMENT_TOKEN_TO_BE_REPLACED

Benefitting the county, schools, and much more By Don Ireland   This year marks the 30th anniversary of casinos opening in the former little mining towns of Black Hawk, Central City and Cripple Creek, Colorado. In those early years, smoking was allowed inside ... END_OF_DOCUMENT_TOKEN_TO_BE_REPLACED

Where the dead get to tell their story By Jaclyn Schrock On Saturday, August 21, the Gilpin Historical Society held their annual Cemetery Crawl. Tickets allowed the shuttle of hundreds of guests from the Teller House parking lot to the Cemetery. Depending on v... END_OF_DOCUMENT_TOKEN_TO_BE_REPLACED