August 24, 1877 – Recently, I had the pleasure of dining at the home of William and Sallie Kelso in Georgetown, where Mr. Kelso shared tales of his journey to Colorado back in 1860 and of his many accomplishments over the past 17 years.

I asked him what brought him to Colorado.

He replied, “I left Missouri shortly after my 24th birthday. Me and some friends joined together and bought us a wagon, four oxen, mining equipment and supplies. Then we headed out for a place we’d never before heard of. It was a place in the Kansas Territory called Colorado. For months, the papers and people had been talking about the Pikes Peak Gold Rush and how folks were striking it rich out west. My friends and I figured we’d worked hard all our lives farming and had little to show for it, so we figured we’d take our chances and check it out. A little over a month later, we set up camp in Central City. The place was so full of miners and other folks it was tough just to find a patch to pitch our tent, much less find a place to strike a claim. So we decided to head over to a place called Middle Park, where we’d heard tales of strikes and paying claims.”

At this point in our conversation, a wide grin spread across William’s face as he leaned back in his chair and recalled a harrowing experience from his days in that territory. “One night we’d settled down in our bed rolls when a rustling in the brush drew our attention.” He grew quite animated as he explained, “The rustling was followed by an extraordinary loud roar and the biggest bear I’ve ever laid eyes on rushed from the brush.” He splayed his hands, slapped the table and nodded. “Yes ma’am, that had to be the biggest bear ever seen in these parts.”

I asked him how they escaped with their lives. “Well,” he said as he scratched his chin, “Just so happened there was a big stick layin’ next to where I’d settled down for my sleep. I grabbed that stick and wacked that bear across the nose as hard as I could. He staggered back and I grabbed a flamin’ log from the fire and tossed it at him.” William shrugged and puffed out his chest, “Guess he figured we weren’t worth the trouble ‘cause he turned tail and disappeared back into the brush.”

Soon after that terrifying experience, Kelso and his party left Middle Park, mined the Chicago bar in South Clear Creek and began mining in Russell Gulch. Since that time, he has realized substantial wealth from his mines in Colorado and New Mexico. Among his claims are the Fulton Mine, the Tunnel Lode on Kelso Mountain, and the Grey Eagle Mine and Memphis Mine on McClelland Mountain.

Sallie set fresh glasses of lemonade before us and encouraged William to tell me the story of his adventures of mountain climbing with friends. He looked out the window and pointed toward the mountains, “Guess you know they named a mountain after me. Me and my friends Richard Irwin and John Baker did some prospecting up that way. That’s where we found the Baker Lode of silver. We didn’t know at the time that two fellas named Gray and Torrey made the climb back in ‘61 and named two of the peaks for themselves. So, we named Gray’s Peak as Baker Peak and named Torreys Peak as Irwin Peak. Then we named the little one, where we found the silver, Kelso Mountain. “William chuckled and thumped his chest.” We had a good laugh later when we learned about those other fellas naming the mountains. But, Kelso Mountain stayed as Kelso Mountain, so I’m mighty proud of that.”

William took Sallie’s hand in his. “I’d say the best thing that happened to me was three years ago when my Sallie agreed to leave Missouri and come out here and marry me.”

As a train whistle blew across town, I asked him to share his thoughts about the railroad coming to Georgetown. “We’re still getting use to the sounds and rumblings as it comes into the station, but it’s the best thing to happen to our little town. God only knows what’s in our future, but I’m telling you plain, that train is going to put Georgetown on the map.”

The setting, time, and dialogue in this article are purely fictional though the accomplishments and adventures of William Kelso shared here are well documented in various historical references. He served with the fire department and on the city council of Georgetown where he and Sallie made their home for many years before retiring to Arizona. He realized great wealth from his mining interests throughout Colorado and New Mexico, and Kelso Mountain still stands as Kelso Mountain. 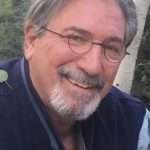 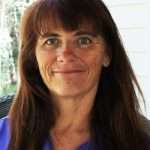