An interlude with Ann Wyss 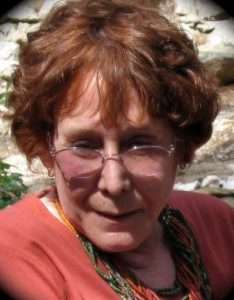 The Peak to Peak Chorale will soon present its original musical play, “Don Bennallack – Extraordinary Name, Extraordinary Man!” The annual event focusing on Gilpin history interspersed with choral numbers takes place in early May; times are listed at the end of this article.

Ann Wyss, director of the Chorale, is really an extraordinary person in her own right. It was my privilege to sit down with Ann and her sister Jane a few days ago to reminisce about her life and her contributions to the arts in Gilpin County. We met in Arvada at a facility where Ann was recuperating from cancer treatments.

Like a lot of Gilpin parents, I’ve known Ann for many years, ever since my daughter attended Gilpin County School and went through the music program there. Ann was “Ms. Wyss” to us then, and was busy putting together winter and spring music programs.

At the same time, she conducted the Peak to Peak Chorale in numerous Christmas performances and historical musicals each spring.

Not only has Ann conducted the Chorale, but she has also played the flute at many of the concerts. As she and I share a lifelong passion for the flute, I very much wanted to hear about her musical education and training. Ann also graciously agreed to share the story of her recent struggle with cancer. As she did so, I developed a profound respect for her determination to direct the upcoming performances.

Ann discovered a lump last Christmas Eve and sent her doctor an email about it. The doctor found a skin melanoma that he thought would be operable; however, subsequent imaging revealed an abdominal tumor that was wrapped around a femoral artery. He couldn’t operate.

Instead, Ann endured six weeks of radiation treatments, with chemotherapy added during the first and fifth week. Her doctor suggested a lower dose of chemo drugs, but Ann insisted on a full dose.

“I can stand it,” she said bravely. “I want that tumor gone.”

The radiation made her very tired, and the chemotherapy caused agonizing burns and painful mouth sores. A high fever sent her to the hospital, and after that problem was solved, she entered the rehabilitation facility for rest and healing. It will take about three months before Ann will learn whether the treatments were successful.

Ann’s radiologist declared, “We’re going to get it all. I don’t do anything halfway.” That motto seems to match Ann’s own philosophy. When I asked if she was going to conduct the musical, she affirmed, “Oh, yes, I’m going to conduct.”

Rehearsals started for the play back in January. Throughout her treatments, Ann attended rehearsals, working with pain and exhaustion. It has been a blessing to have her sister Jane Wyss and her cousin Wally Cleaveland, also musicians, assist with the conducting.

Ann selected Don Bennallack’s life as the subject of the musical, based in part on his long association with the Chorale. In discussing the Gilpin roots of her old friend, she recalled her own early ties to this community.

“It began with our grandparents, who had a summer cabin in Pinecliffe that they retired in,” she said, “and we came up to visit from our home in Texas every summer since 1945.” Wally now lives in the grandparent’s original cabin, and Jane lives in the cabin next door. Ann bought an adjacent property in 1977.

When not spending summers with her grandparents, Ann, Jane, and another sister, Patti, spent their childhood in Austin, Texas. Their father was a professor of microbiology at the University of Texas there. Although their mother had a Ph.D. in microbiology, too, nepotism rules did not permit her to teach at the same university as her husband. An accomplished flutist with the Austin Symphony, Mrs. Wyss started a music studio that grew to over one hundred students training in piano, flute, voice, music theory, and music literacy.

After training in her mother’s studio, Ann majored in flute at UT-Austin. She also participated in four master classes given by Jean-Pierre Rampal (an “idol” in the flute world at the time and one of the world’s most renowned flutists). She earned both her bachelor’s and master’s degrees, going on to tour with Henry Mancini and playing second piccolo and flute with the San Antonio Symphony for a short time.

Ann married Kenneth Hawker, a science student at UT-Austin, and the couple divorced in the early 1980’s. They had two daughters, Kristen and Katherine, who now live on opposite coasts of the United States; Ann sometimes flies for visits to see them and her four grandchildren.

Ann’s entire family was very musical. Jane has her Doctor of Musical Arts in theory and vocal performance and is a retired choir professor. Wally was a band director in Albuquerque. Patti is presently a professional singer in New York and arranges Broadway shows.

“When we’d get together for family reunions, we’d all make music together – we called it a musical ‘soiree’ – and then we’d have tea afterwards.”

Members of the Wyss family were also enthusiastic mountain climbers. They scaled peaks the world over, including all of Colorado’s Fourteeners, several European peaks, and volcanoes in Mexico.

Time spent in Nepal was a special memory for Ann and Jane. “Father got a Fulbright Fellowship to teach microbiology in Kathmandu in the early 1970’s,” Jane noted. “He was glad to come back home afterward, but Mother loved it there and got an apartment. The country had just been opened to foreigners for trekking.” The women attempted a portion of Mt. Everest, getting close to the base camp.

The sisters remembered an additional honor for their father. “He had a mountain named after him, Mt. Wyss in Antarctica off the Ross Ice Shelf, where he did research.”

With a love of music and mountain climbing, it was natural that Ann should settle in Gilpin County and pursue the goal of expanding the arts here. She was a member of the Gilpin Chamber Music Society and played with a string quartet in the St. James United Methodist Church’s concert series. She also performed at the Governor’s Mansion in Denver during Roy Romer’s tenure.

She served as the music instructor at Gilpin County School, teaching choir and band from preschool through high school. She instituted trips for the high school choir to Washington, D.C. and to Nashville, remaining at the school for about 12 years before retiring in 2010. One reason she decided to retire was a first bout with cancer, that time operable.

Ann was the second director of the Peak to Peak Chorale, the first director being John Magee, who conducted the group for 12 years before his own health matters led Ann Wyss to take on the leadership. Ann originated the dinner theater, using the concept of a Renaissance feast. Roger Baker, the current Gilpin County Manager, wrote the first script based on Gilpin historical events.

“There is so much Gilpin history to explore,” Ann explained.

She makes all the musical selections, and others write the scripts, fitting the story around the music. “It’s kind of a magic thing,” Ann marveled. “We have a wonderful group of singer musicians. The oldest is Doc (Don Bennallack) at age 90.” Others have also been there since the Chorale began.

Ann hopes to continue conducting, but even if her health does not permit it, she believes the Chorale will continue.

Whether a school program, a solo performance, or a Chorale concert, Ann Wyss has done her best and given her all. Her work has greatly enhanced the beauty of the arts in Gilpin County.

END_OF_DOCUMENT_TOKEN_TO_BE_REPLACED

Benefitting the county, schools, and much more By Don Ireland   This year marks the 30th anniversary of casinos opening in the former little mining towns of Black Hawk, Central City and Cripple Creek, Colorado. In those early years, smoking was allowed inside ... END_OF_DOCUMENT_TOKEN_TO_BE_REPLACED