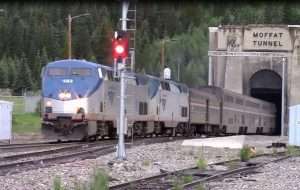 Changes to the agenda included removing the Weirdos in the Woods Temporary Use Permit item and adding Heart of Colorado, Rural Philanthropy event.

Gymkhana Events at the County Fair

Peak to Peak Healthy Communities Project, a non-profit organization, presented a request to waive the fees for the use of the Gilpin County Fairgrounds associated with three Gymkhana events on July 16, August 14, and September 18. These fees would amount to $100 per event according to the application form. Gilpin County Commissioners passed the motion to waive these fees.

Underground Liquors submitted a “Liquor Tasting” application to the Gilpin County Commissioners for approval. The events will take place various dates from June to December 2016. Each month will feature different beers, wines, and liquors. The application was approved.

County Treasurer Alynn Huffman presented the Treasurer’s Report for the month of April 2016. County funds and accounts are ahead of last year’s numbers by more than $2 million dollars. County Funds total $15,028,847 compared with $12,970,040 from 2015. The discrepancy reported last month in the Payable to Districts totals $334,017 in 2016 compared with last year’s $1,109,374 was explained as the difference between the two years due to the amount of taxes that were collected in March of the two years. “Tax payers are inconsistent from year to year,” Huffman explained, “and their tax payment reflects their access to available funds.”

On April 26, 2016 the Board of County Commissioners requested that several proposed Parks & Recreation positions be surveyed to clarify the financial impact to the County. This proved problematic, as there were positions authorized in the 2016 budget that were not filled. Since the 2011 restructure that eliminated the Director/ Coordinator position, the department went from eight full time employees down to five. Given the complexity of the activities, basic management has proven to be an impossible task with a part-time staff. For simplicity and efficiency P&R requests that the Board approve an Assistant Director position which would relieve the Director of many of the management burdens. This position will be Pay Grade 85 ($20.90 to $30.26 per hour). Gilpin County Commissioners approved the request. This may be a step towards having the Recreation Center open on Sundays when more residents are off work and could come.

Undersheriff John Bayne presented to the Gilpin County Board of Commissioners the 2016 Annual Operating and Financial Plan Agreement between Gilpin County Sheriff’s Office and the USDA, U.S. Forrest Service. Under this provision, Gilpin Sheriff will provide law enforcement for Arapahoe and Roosevelt National Forests. The USDA approved a cap of $8,067 for services. Bayne assured the Commissioners that the approved funds are sufficient to provide adequate law enforcement services.

Commissioner Gail Watson presented a formal request to Gilpin Commissioners that is to be submitted to AMTRAK who would provide Amtrak Service for Rollinsville. AMTRAK has agreed to re-start the Ski Train from Denver to Winter Park. The service is scheduled to start next year as a partnership between Winter Park, Union Pacific, and AMTRAK. A spokesman, Robert Eaton from AMTRAK Governmental Affairs, suggested that Commissioner Watson submit a formal request for service by the California Zephyr because a stop by the Ski Train may be difficult considering the temperament of the Ski Train partners.

A service stop in Rollinsville would benefit Gilpin County greatly. Folks can ride the train from Denver to visit the casinos and surrounding areas. Plus, Gilpin County residents can catch the train for destinations east or west. Currently if you would like to catch a train, say to Glenwood Springs, you have to drive downtown to Union Station then pass back through Gilpin County two hours later. If you take light rail, add at least one hour to that time. It will not only be convenient for Gilpin County and Nederland residents, but can bring economic benefits to the Rollinsville area.

This is considered to be a long-range proposal by the Commissioners; however, several challenges have to be considered. Parking in Rollinsville, a shuttle service from Rollinsville to the Black Hawk/ Central City area, and of course the train station. All of these issues basically hinge on Amtrak’s decision to grant service to Gilpin County.

County Manager Roger Baker reported that, according to the Human Resources report, work is continuing on the requests to fill the various job openings throughout the County. HR assisted with updating the Gilpin Connect, Senior Services Aide, and Senior Services Coordinator job descriptions.

The Gilpin County Commissioners approved the appointment of Robert Mercier to the Planning Commission.

The next Gilpin Commissioners meeting will be June 14, at 9 a.m. at Gilpin County Courthouse, 203 Eureka St, Central City, Colorado.

END_OF_DOCUMENT_TOKEN_TO_BE_REPLACED

Benefitting the county, schools, and much more By Don Ireland   This year marks the 30th anniversary of casinos opening in the former little mining towns of Black Hawk, Central City and Cripple Creek, Colorado. In those early years, smoking was allowed inside ... END_OF_DOCUMENT_TOKEN_TO_BE_REPLACED

Benefitting the county, schools, and much more By Don Ireland   This year marks the 30th anniversary of casinos opening in the former little mining towns of Black Hawk, Central City and Cripple Creek, Colorado. In those early years, smoking was allowed inside ... END_OF_DOCUMENT_TOKEN_TO_BE_REPLACED