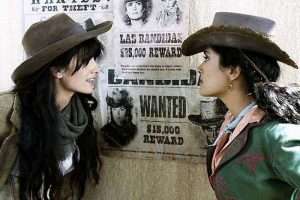 Nearly every nationality in the civilized world, and every phase of human character were represented among the early miners that found their way into the mountain-locked mining camps of Black Hawk and the portion of Central known as Mountain City. This conglomerate mass of humanity, gathered there from the four corners of the world, was without the usual local laws that govern communities, and remote from the moral and restraining influences of society and religious institutions. Besides this, they were engaged successfully in the most exciting pursuit in the world, gold hunting. It is not strange that, under such circumstances, much lawlessness should exist, and that scenes were enacted characterized by extraordinary recklessness and brutality. Crime walked abroad at noonday, and even murder did not seek the obscurity of night. Gamblers and robbers preyed upon the unsuspecting, and life and property were insecure. But this condition of things did not long exist. Among these pioneer miners were many men, good and true. These soon saw the necessity of organization for mutual protection, and, after effecting such crude organization as the circumstances would permit of, they determined to make themselves the enactors and administrators of laws, and the guardians of the public peace and safety. This was soon accomplished by establishing the Peoples’ Courts. They enacted these laws which were suitable to existing emergencies, and they enforced them most rigidly. Justice demanded life for life. The murderer was hung. Upon all other classes of criminals appropriate punishments were inflicted, and the conglomerate community freed from the grasp of lawlessness and crime. Prominent actors from these stirring scenes, who were most excellent and influential citizens of the county, from their own lips provided detailed accounts of bloody incidents, in which they were actors, thrilling in the extreme.

The governing powers of Black Hawk were the usual village authorities of Colorado; the chief power being vested in the police judge who was ex-officio mayor. There was, besides this officer, a marshal and his assistants, assessor and collector, street commissioner, etc., and a board of selectmen.

Among those distinguished gentlemen who kept law and order in the formerly lawless territory was Judge S. H. Bradley. Born in Pennsylvania June 14, 1816, he spent his early life until his fifteenth year in his father’s flouring mill, after which he clerked in various stores eight years. In 1839, he embarked in the mercantile business, at which he continued the succeeding five years. In 1844, he removed to Fairfield, Jefferson Co., Iowa, and engaged in farming two years, after which he was elected to the office of Clerk of Jefferson Co. two terms, to that of Treasurer and Recorder one term, and of County Judge one term, which offices he faithfully discharged.

In the spring of 1860, he crossed the plains to Colorado, arriving in Gilpin Co., then Jefferson Territory, June 27, and located in Black Hawk where he engaged in quartz milling and mining. In 1866 he was elected Justice of the Peace; an office he continued to hold for many years. He also filled the office of Police Justice of Black Hawk two years, of City Clerk two years, and that of Judge of the Probate Court of Gilpin Co. two terms, from 1867 to 1869. In the fall of 1870, Bradley was appointed police judge, and no city in the world was more orderly; the administration of the laws were attended with no difficulty, and due attention paid to religious and moral observances by all.

The first two books of my Misadventures of the Cholua Brothers series are available at Mountain Menagerie on Main Street in Central City, Colorado; at www.amazon.com, www.lulu.com, and www.barnesandnoble.com.

END_OF_DOCUMENT_TOKEN_TO_BE_REPLACED

Where the dead get to tell their story By Jaclyn Schrock On Saturday, August 21, the Gilpin Historical Society held their annual Cemetery Crawl. Tickets allowed the shuttle of hundreds of guests from the Teller House parking lot to the Cemetery. Depending on v... END_OF_DOCUMENT_TOKEN_TO_BE_REPLACED