Joseph S. Beaman was born in Bondorf, Baden, Germany, October 23, 1834, to Joseph and Elizabeth Beaman. He attended the School of Bondorf.  At the age of 15, in 1849, he sailed with his mother and siblings aboard the steamer “Holyoke” from Havre, France to New Orleans, a 49-day ocean journey. Joseph’s father and older brothers remained behind to settle up his brewing business. About this time, the Baden revolution occurred and they were compelled to take part in it, delaying their coming to this country for two years. The family then came up the Ohio and Mississippi Rivers to Louisville, Kentucky.

Joseph attended school in Zanesville, KY and then attended St. Joseph College for three years in Bardstown, KY. The close confinement of the school room did not agree with him, so he left school and apprenticed for three years as a cabinetmaker in Louisville, KY.

When news of the discovery of gold at Pikes Peak was heralded throughout the East, Joseph decided to seek his fortune in the “New Eldorado.” He took the boat down the Ohio and up the Mississippi and Missouri Rivers to Leavenworth, Kansas. He fitted an ox train and followed the Kansas and Smoky Rivers due west toward the Continental Divide, reaching Denver on May 27, 1859. He then went to Central City, and bought a claim in Russell Gulch, which he mined until November. Believing deep snow would prevent him from securing provisions and supplies he abandoned the mine and relocated in Golden. There he built a log shop and worked at his trade of cabinetmaking until the spring of 1860.

He closed up his cabinetmaking business and with John Lutz crossed the range to Blue River, Breckenridge, and Georgia Gulch. With the intention of founding a town in that location, they built a large two-story log house. They partnered in mining in Breckenridge and Georgia Gulch, however, their mining endeavors proved unprofitable, and in 1861 they returned to Golden. Only a few years later, the spot they left in Breckenridge grew into a thriving village.

In the spring of 1862, Joseph relocated to Black Hawk where he engaged in his carpentry business, and became the first undertaker in the city. While residing in Black Hawk, Beaman married Miss Carrie Meyer, who was born in Baden and whose father, George Meyer, came to Colorado at an early day and became a resident of Black Hawk. They had six children, George Henry, Eliza, Frank, Emily, Florence and Bertie. As infants, the Beaman children were rocked to sleep in a walnut cradle turned and entirely finished by Joseph. The wood was shipped from the States by team at a cost of twenty-five cents per pound.

In 1868, Joseph disposed of his business in Black Hawk and returned to Central City. He started a sash, door, and blind factory in Mountain City and later, in connection with it, ran a sawmill eight miles east of Black Hawk. Two years later, he moved his mill and factory to Beaver Creek above Nederland in Boulder County. During his two year stay there, he furnished all the lumber for building Caribou, Cardinal, and Nederland.

In 1872, he returned to Central City and reopened his sash and door making business in the same building he had previously occupied, adding a lumber yard and doing contracting and building. He also operated a soda factory and bottling works on Spring Street where he manufactured soda water and liquors.

Joseph S. Beaman was a Democrat, which was an unpopular party in Gilpin County at that time. He was nominated several times for city and county offices, but was never elected. He was an officer in the Knights of Honor, Independent Order of Odd Fellows, Encampment and belonged to the canton. He was president of the Gilpin County Pioneer Society and took an active part in promoting any cause that benefitted the city. It was in this public spirit that he built a convention hall, dance hall, and opera house combined.

In 1893, he disposed of his businesses and retired to spend the remainder of his life in ease and comfort. Mr. Beaman died at Central City on March 3, 1911, at the age of 78 years, and was buried in the IOOF Cemetery (Rocky Mountain #2 Cemetery).

The first two books of my Misadventures of the Cholua Brothers series are available at Mountain Menagerie on Main Street in Central City, Colorado; at www.amazon.com, www.lulu.com, and www.barnesandnoble.com. The third and final book in the series, Bonanza Beans, will be available February 2017. 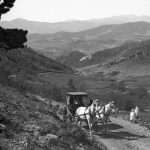 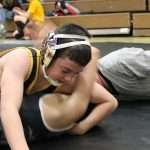