Born in New York on November 9, 1824, in 1860 Fayette W. Beebee and wife, Ella, came and housed themselves in an unpretentious dirt-roofed, floorless cabin on Illinois Bar. There the sluices glistened with gold and heaps of boulders everywhere attested to the discovery of its hiding places in pay streaks and on shale bedrocks.

In 1868 Fayette and Ella moved up to Idaho Springs, just above Virginia Canyon, and there, in a somewhat larger cabin, opened a hotel they named The Beebee House. Once referred to as the best hotel in Colorado, beautifully situated in a lovely valley, nestling among lofty mountain ranges, the Beebee House was the best of the best as a place of rest for Colorado pioneers. Replete with thick carpets, shiny horse-hair-stuffed sofas, and elaborate mirrors, the dining room seated 125, or 50 fashionably attired ladies. The price of board was $30 a week. The bill of fare, the best the market offered, principally bacon, beans, hominy, bread, dried apples, tea and coffee, with butter and milk when such luxuries were obtainable.

In 1873, General Ulysses S. Grant and his entourage stayed at the Beebee House on their way to a Georgetown visit. Stagecoach driver, Billy Updike, took General Grant over the Virginia Canyon road so fast all he kept saying was, “Oh, my God!” Today, the road is still referred to as Oh My God Road.

The hotel was demolished in 1907, and eventually the Elks Lodge #607 was built on that site.

In 1869, F. W. Beebee built the Beebee House in Manitou Springs. It was later known as the Manitou House. It was the first hotel in Manitou Springs with 100 rooms. When the railroad spur from Colorado Springs was built in 1881, Manitou expanded exponentially and soon boasted seven grand hotels and numerous smaller hotels.

Fayette Beebee died May 6, 1883 and is buried alongside his wife, Ella, in Riverside Cemetery.

The first two books of my Misadventures of the Cholua Brothers series are available at Mountain Menagerie on Main Street in Central City, Colorado; at www.amazon.com, www.lulu.com, and www.barnesandnoble.com. The third and final book in the series, Bonanza Beans, will be available February 2017. 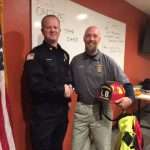 Timberline Fire responded to 724 calls in 2016
Next Article 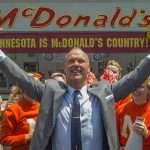