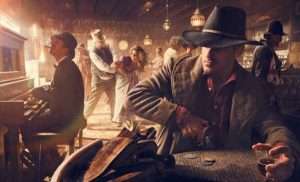 The Bummer Gang and Judge Lynch

Born from the Pikes Peak Gold Rush, by the late 1850’s, Denver soon became a city rampant with boozers, losers, and petty thieving. Clothing disappeared from local clotheslines. Game and supplies vanished from farmer’s wagons and markets. The perpetrators robbed stores in broad daylight, and heavily armed hooligans prayed on the weak and innocent. One local resident complained, “This town is overrun with characters soured in temper, bristling at a word, armed and ready with a rifle, revolver, or bowie knife.”

The best-known gangs of the old west found their claim to fame in robbing banks or trains or killing people, but the most famous gang in Denver at the time was The Bummers. Eddie Coleman, commonly called The Shooter, led the group of low-life criminals, who spent their days committing petty and minor crimes. Other members included William Todd (alias Chuck-a-luck), William Karl (alias Buckskin Bill), Thomas Clemo, and William Harvey.

During the Christmas Holidays of 1859, members of The Bummers stole a wagonload of birds from a local farmer, igniting the spark that lit the fire of the great Turkey War. Fed up with intimidation and terror, townsfolk of Denver called a meeting and demanded the capture and punishment of the turkey thieves. Hearing news of the local movement, The Bummers marshaled their forces and paraded the streets with guns and pistols in readiness for bloodthirsty work. That evening, they harassed citizens, threatening them with weapons and making talk of burning down the town. They also fired upon two men who witnessed the theft of the turkeys.

Denver was not yet a territory. They had no sheriff or town marshal to keep the peace. A military company, formed earlier that month, was called upon to guard the city during the night to prevent The Bummers from carrying out their threats. However, the townspeople were fed up with the shenanigans of characters like The Bummers. The local blacksmith, “Noisy” Tom Pollock, organized a group of vigilantes to deal with the no-account crooks. During the skirmish, Tom killed one of the gangsters when he cracked him across the head with the barrel of his rifle. His actions instilled enough courage in his followers for them to threaten the rest of the turkey-stealing hoodlums with hanging if they didn’t leave town. The thieves fled, ending Denver’s Turkey War and giving rise to vigilantism.

Not long after the Turkey War, James Gordon killed an unarmed man and fled from Denver to Leavenworth, Kansas. Friends of the murdered man tracked down Gordon and beat him almost to death before dragging him in chains back to Denver to face the “People’s Court.” Though the court had no legitimate authority to pass sentence or pronounce judgment, they decided Gordon would hang, and four days later, he swung from a tree. By the standards of vigilante justice, this was not swift punishment. John Stoefel shot his brother-in-law over disputed gold dust, and forty-eight hours later, he was dragged from jail by an angry mob and lynched on the closest cottonwood tree.

The lynching of Gordon and Stoefel gave rise to “Judge Lynch,” which was the moniker given to violent justice meted out without law by angry, vengeful mobs. Soon after, bodies of men accused of horse stealing, murder, sex crimes and other serious offenses swung from Denver’s cottonwood trees.

Noisy Tom Pollock, of Turkey War fame, was appointed town marshal, and he received fifty cents for every criminal he caught and locked up in a hotel he’d built. Five months later, Pollock left his position after his repeated pleadings for help to house Denver’s scoundrels were ignored.

With Pollock no longer marshal and no other law to govern, a rash of murders spread across Denver. Desperate for some sort of order, the people of Denver appointed a police force of four men to deal with the criminals, but the killing continued to sweep through the city.

The era of lawlessness came to a head when William Byers, editor of the Rocky Mountain News, was kidnapped from his newspaper’s headquarters in retaliation for an article he printed lashing out against criminals. Byers was taken to the Criterion Saloon where he managed to escape after a bartender gave him a gun and directed him to the backdoor. The editor’s attackers pursued him, but he and several armed friends barricaded themselves in the newspaper office. George Steele, one of the kidnappers, rode past the office and fired through the window, sending a bullet whizzing past Byers. A shotgun blast from inside caught Steele in the hip, causing him to slump in his saddle. When Noisy Tom Pollock heard the commotion, he ran out of his blacksmith shop and filled Steele with another round of buckshot. Steele toppled from his horse, and the rest of the kidnappers fled.

After the attack on Byers, Denverites determined the best course of justice was “Judge Lynch.” Criminals were issued notes with a warning, “Clear out by 6 a.m. or ***,” and a sketch of a tree with a man dangling from one of its branches. Denver’s vigilante committee captured people thought to have committed crimes, and following a short trial the perpetrators were hung in public, in daylight, while crowds of men, women and children watched.

After several exhibitions of this frontier-style justice, thugs ceased terrorizing the local citizenry, and folks rested better knowing there was order in their town – though not accompanied by law, peace was finally established.

In 1861, when the United States Government formed the Colorado Territory and brought the entire region into the federal fold, The “People’s Court” disbanded. Legitimate courts were established and judges selected, thereby replacing “Judge Lynch.” Public hangings were soon outlawed, but the town’s legacy of lynching didn’t die easy. Well into the 1900’s, the “Judge” continued his grisly work, often at night, frequently in the mining camps and rural areas around Denver.

END_OF_DOCUMENT_TOKEN_TO_BE_REPLACED

Benefitting the county, schools, and much more By Don Ireland   This year marks the 30th anniversary of casinos opening in the former little mining towns of Black Hawk, Central City and Cripple Creek, Colorado. In those early years, smoking was allowed inside ... END_OF_DOCUMENT_TOKEN_TO_BE_REPLACED