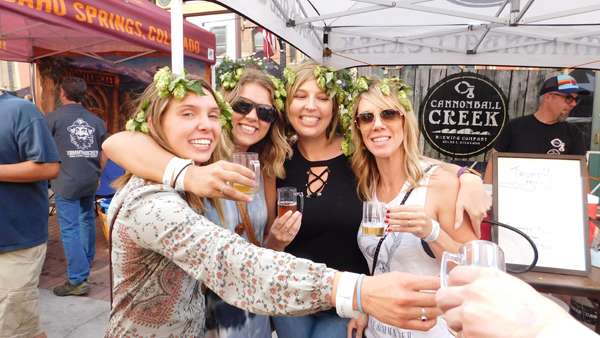 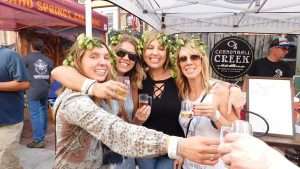 Is the future of microbreweries in the local pub house rather than distribution? Fourteen breweries lined Main Street for the Central City Beer Fest to gain exposure for their brands and have a little fun while doing it, but when asked to share their vision of the future of microbrewing, most of their answers trended to scaling down.Steve Fletcher of Colorado Native said the market is “pretty saturated” and “quality is the only surviving factor.” Tom Hail from SandLot Brewery reflected that there are too many choices in liquor stores and distribution is getting harder; there are microbreweries opening every day while the number of liquor stores remains stagnant. Allison Hansell of Holidaily Brewing believes the microbrew growth is slowing down and the industry is starting to focus on customer service. Our local brewers, Dave Thomas and Buddy Schmalz agree that the trend is to focus on brewpubs. Not everyone saw things the same way, though, Lindsey Garrett of Tivoli Brewing thinks microbrews will grow due to the full-strength liquor law for grocers, and Rafi Kelley of Westbound and Down thinks there is still plenty of market out there with potential. Whether or not the micro industry is going to grow, collapse, or stay the same is up for debate and summarized best by Jonathan Lee of Cannonball Creek who said, “Who the hell knows?”

What is certain is that the Great Central City Beer Fest continues to pack Main Street with vendors and people. The day dawned as the warmest of the week and reached a pleasant 80 degrees with white and gray clouds moving along by a gentle breeze casting shade. Moving from booth to booth, folks were enjoying each other’s company as much as the brews they were ingesting. VIP ticket holders had access to free food catered by JKQ BBQ and they did a fantastic job of rotating different selections of smoked meats, corn on the cob, street tacos, cold cuts, jalapeño poppers wrapped in smoked bacon, and Philly beef sliders. The Central City Business Improvement District also provided their own bartender pouring selections not found in the rest of the festival such as Westbound and Down’s Scotch Ale aged in whiskey barrels. Live music enveloped the festival with classic rock from Davina and the Vagabonds, and The Rick Lewis Project. The event started at noon for VIP and by the time it opened for all ticket holders, the street was packed. Strange spirits from the Cemetery Crawl added some local color after their morning performances representing the essence of Central: history. Will the Central City Beer Fest continue to grow, stagnate, or shrink? Come to Central City next August and find out; to paraphrase Jonathan Lee, “Who knows?” 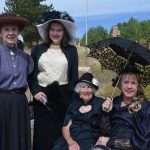 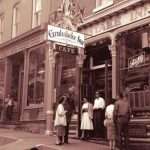