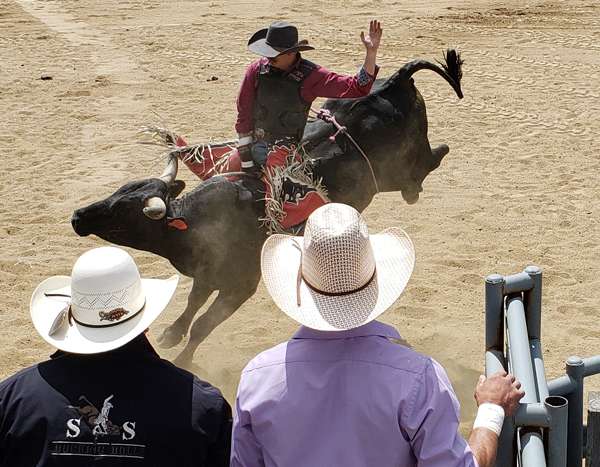 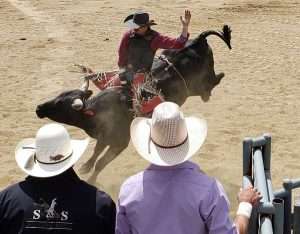 Building an arena so they will come…

The 26th Gilpin County Fair echoes of territorial history being one of the original counties formed in the territorial west, 15 years before Colorado became a state.  Gilpin County grew as the original so also most flourishing mining community in the 1860s booming with mostly men seeking their fortune, who sometimes even had livestock to bring along.

So, the 2018 Gilpin County Fair has livestock like dogs, horses, sheep and bulls in some form or fashion to bring out the best in folks. It is only fitting to have critters since these parts were dugout as mining towns with horses, mules, oxen and donkeys doing the initial heavy load work, which brought the metal parts to develop steam powered tools. Also, free range cattle came up the canyons for summer grazing, to then also feed the boom towns and railroads. It was hooves and man power that cut the roads and built the bridges before the narrow gauge steam train and eventually the iron horse carriages took over their original trails. Rodeo is the way we prove who still has the dream to excel when man and beast are teamed to achieve a goal.

In the late 1990’s the original Gilpin County arena and fair grounds were located near where the Health Center mobile unit sits now, between the community gardens and the Health Center on Norton Road. Although the ground was higher then, Gilpin Co. Roads and Bridges opened space for an arena. The first event had bull riding. The next year Professional Rodeo Cowboy Association (CRPA) Mountain States Circuit attempted to include Gilpin County in the rodeo season. Other neighboring counties are included, like Clear Creek, Jefferson, Garfield, Elbert, and many more. Gilpin did hold a rodeo in the late 90’s but was not yet equipped well enough to have another such event. Residents continued to need areas to work their livestock in an arena, so Gilpin County officials made the decision to develop the current facilities.

By early 2000 dirt was being moved to make the current outdoor and indoor arena. Larry Sterling tells of moving the dirt to prepare for water in and out along with the grounds for construction. Newstrom-Davis Construction was contracted for the facility construction. By 2002 both indoor and outdoor arena were being used. By 2003 the Recreation Center was also completed. Sterling, may not have always been paid for his services, but with equipment, fuel and time he has continued to maintain the facilities, and he has always been counted on by Gilpin residents to get the job done. Thank you Larry! There had been some discussion this past year to change his contract so a county employee could shadow his maintenance work at the arena. Manpower must be short, as so far additional county support has not materialized to learn how he maintains the arena.

The current arena was often used by individuals needing to keep themselves and their horses in training for other events which perpetuate the tradition of man’s relationship with the four legged wonders of strength. It is also used for Gymkhanas and Kid Rodeos, much like Little Britches Rodeo, although not associated with the next closest Little Britches in Evergreen. About four years of dedication from the City of Black Hawk arranged these summer events, with little help from volunteers or budget needs. The last Kids Rodeo was in 2008. Gymkhanas had kept the hooves and small groups cheering in the Gilpin County Fairgrounds the next few years. In 2013 we had the Gymkhana Buckle Series which has continued through this year as well. In 2014, the Lee Miller Rodeo from Strasburg, CO partnered with Mardi Gras Casino to bring rodeo back to Gilpin County Fair. In 2015 Mardi Gras Bulls and Beads began what is becoming a tradition, professional rodeo at Gilpin County Fair.

The 2018 Mardi Gras Bulls & Beads Rodeo has continued to be made possible with sponsorship from Black Hawk’s Mardi Gras Casino which is part of Affinity Gaming. Locals and cowboys alike are so thankful for their sponsorship!

The 2018 Plains to Peak Rodeo Series, which finished at Gilpin County Fairgrounds this week in the Mardi Gras Bulls & Beads Rodeo, brought cowboys mostly from the Front Range, but also neighboring states. Other rodeos in this series were in Cheyanne Wells, two in Jefferson CO, and Ludlow. The athlete bulls that made the excitement as cowboys rode them are provided by contract from JD Ford. 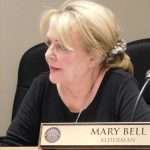 Taxes and appointments on the ballot for Central City
Next Article 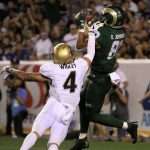