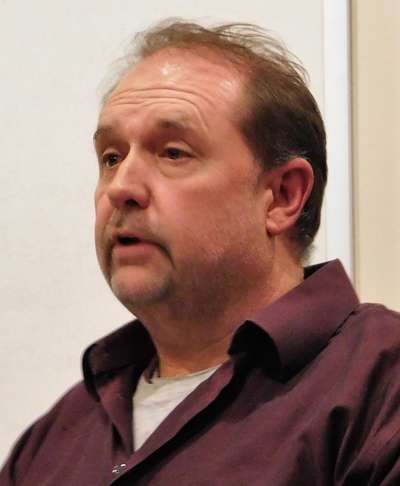 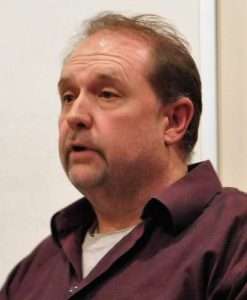 After reciting the Pledge of Allegiance, Mayor Ron Engels asked for any amendments or additions to the agenda or if any agenda items presented a conflict of interest. There was a change to move the Public Forum for items not on the agenda to be heard earlier in the meeting. The Public Forums were combined directly after the consent agenda.

Mayor Engels opened the floor to the public for anyone who wished to speak to a topic on that night’s agenda. Jack Hidahl had signed up to speak, but made his comments during the previous work session instead. Jack stated that the changes to the water regulations and responsibility are good, but asked Council to consider provisions that would allow the City to commence work on a line break if the homeowner cannot be contacted or to shut off water in an emergency situation before contacting the owner.

Mayor Engels next opened the floor to the public for anyone who wished to speak to a topic not on that night’s agenda. Two people signed up to speak.

Tom Feeny, representing the Elks of Central City, asked the Council to consider adding handicap parking spaces on Pine Street. He recently transported a disabled individual to an Elks event and there were no spaces to park within reasonable distance. He told the council, “I hope you can do the right thing for the right reason.” Council directed Staff to look into the possibility of handicap parking either designated or provisional.

Barbara Thielemann next addressed the council and gave a report on the Tommyknocker event from the children’s parade “protected by Public Works and the Fire Department,” hanging ornaments on the tree “just so high,” the lighting of the tree, caroling up the street, the community potluck, and the bazaar itself. Thielemann said it was a successful event and “We appreciate individually all your help.”

Director Nelson introduced Ordinance 16-05 which would amend regulations pertaining to the City water system. The Ordinance would add two fees to the monthly water rates; one for water line maintenance and one for capital improvement costs. The maintenance fees ranges from $4 to $7.50 per month for residents depending on age and size of water line. For commercial properties, the maintenance fee ranges from $5 to $20 per month depending on size of line. The capital improvement fees for residents range from $12 to $22.50 and for commercial properties, from $15 to $60; again depending on size of line. The Ordinance also clarifies the ownership of the service line and that all maintenance and repair costs are the owner’s responsibility.

Alderwoman Voorhies moved to approve the first reading of Ordinance 16-05 setting the public hearing and second reading for December 20 and was seconded by Alderwoman Laratta. The motion passed unanimously.

Water rate base charges going down

Director Nelson maintained the podium to introduce Ordinance 16-06 which would adopt a change to water rates, fees, and charges. New rates will be effective January 1, 2017. The reason for the change is the current water system cannot continue to run on the revenues it generates. The change should increase revenues by more than $100,000 per year. The base rate for water privilege drops from the $60 it is currently to $40 or $50 per month depending on age and water line size; and then water usage fees will be added based on gallons used starting at $2.75 per month going up to $8.25 per month. Commercial rates also increase their base rate between $50 to $400 per month and usage of $5.50 to $16.50 per month depending on gallons used and line size.

Alderwoman Heider volunteered that she calculated her own water bill under all the new fees and determined she would be paying a total of $84 per month starting January 1. This includes the capital improvement and line maintenance fees along with average usage and line size for her personal residence.

Alderwoman Heider moved to approve the first reading of Ordinance 16-06 and setting the public forum and second reading for December 20 and was seconded by Alderwoman Voorhies. The motion passed unanimously.

Director Nelson held the floor and introduced Resolution 16-35 which would adopt a cost-sharing policy for residential water meters and schedule repayment of costs commencing on January 1, 2017. Water meters were installed a long time ago by the City and according to Section 13-2-120(a) of the City Code, the cost of the meter “shall be borne equally by the City and each property owner.” At the time of installation, the City did not have a way to differentiate between payments for the meters and payments for actual water costs and so the cost to the resident was tabled until the billing could be resolved. All commercial property owners were charged at the time of installation. With the City’s new software that also enables residents to pay their bills online, the City can now recover the resident’s share of the expense. The cost is $90 per resident which is divided by 12 months and so $7.50 per month. Residents may choose to pay the entirety of the bill upfront instead of allocation across a 12-month period. This cost will be effective January 1, 2017 and will with December 2017s water bill.

Alderwoman Laratta commented that this is “way overdue” and “a long time coming. It’s a shame it comes with an increase for the residents,” referring to Ordinances 16-05 and 16-06.

Alderwoman Laratta moved to approve Resolution 16-35 and was seconded by Alderman Aiken. The Resolution passed unanimously.

Attorney McAskin reviewed Ordinance 16-07 which would impose a temporary 180-day moratorium on the submission, acceptance, processing, and approval of any application for a permit or license related to the operation of a marijuana-related business. The Ordinance also declares the intention of considering an adoption of amendments to existing regulations limiting the number of such businesses. The term would be through June 30, 2016 or until new regulations are adopted; whichever comes first. The reason for the Ordinance is to allow staff time to analyze the situation and consider future regulations. The City currently has seven permits between five premises.

Alderwoman Heider moved to approve the first reading of Ordinance 16-07 and setting the public forum and second reading for December 20 and was seconded simultaneously by Alderwomen Voorhies and Laratta. Alderman Aiken asked what happens to permits filed between tonight and the second reading when the Ordinance goes into effect. Attorney McAskin replied that the law regarding pending Ordinances concerning permitting allows a council to act as if the Ordinance has passed and take no action on any permit filings, delaying a decision on the permit until after the Ordinance has passed. The motion passed unanimously.

Manager Miera introduced Resolution 16-36 which would adopt the 2017 Budget, Capital Improvement Plan, Property Tax Mill Levy, and approving the Central City Business Improvement District (BID) 2017 Operating Plan and Budget. Miera also stated there are certain provisions in the BID plan they want to have changed that would have no fiscal impact on Central’s budget and suggested the Resolution be passed conditionally. The Council has met with Staff four times prior to this Resolution on Budget matters.

Alderwoman Heider moved to approve Resolution 16-36 with the Manager’s suggested addendum and was seconded by Alderwoman Voorhies. The Resolution passed unanimously.

Mayor Engels adjourned the meeting at 7:59 p.m. The next regular Council Meeting will be Tuesday, December 20, 2016, which includes a community appreciation celebration following the meeting. 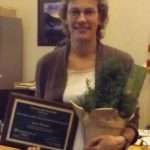